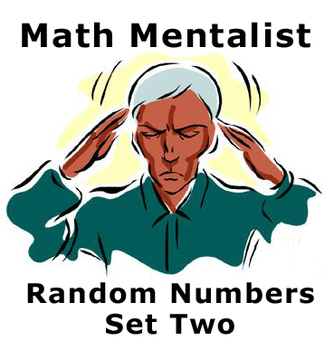 (1 MB|13 pages)
Product Description
This product only contains a pdf with a different set of random numbers which yield a different result. It does not have the Presentation Script or the Answer Key. I assume you have purchased “Math Mentalist – The Commutative Law on Steroids” and now want new random numbers to achieve a different outcome.


This work is licensed under a Creative Commons Attribution-NonCommercial-NoDerivs 3.0 Unported License.
Total Pages
13 pages
Answer Key
Included
Teaching Duration
45 minutes
Report this Resource to TpT
Reported resources will be reviewed by our team. Report this resource to let us know if this resource violates TpT’s content guidelines.