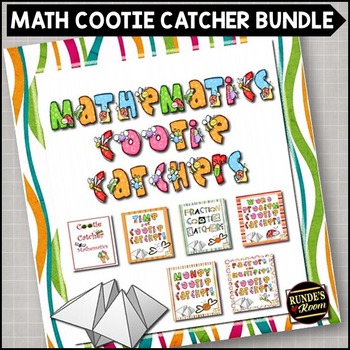 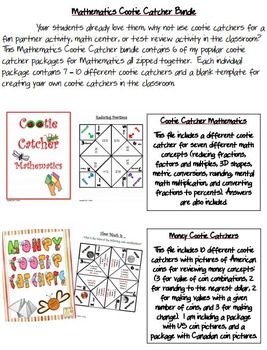 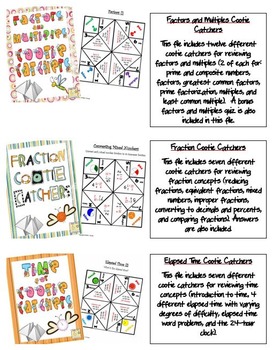 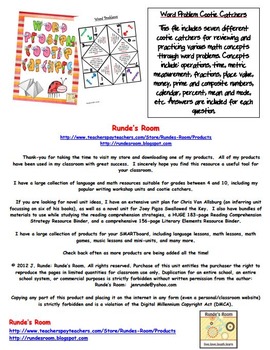 Each Cootie Catcher resource contains 7 - 12 different cootie catchers for the particular topic, as well as a blank template for creating your own cootie catchers to use in the classroom.

Resources Included in this Bundle:

Cootie Catcher Factor and Multiples - This file includes twelve different cootie catchers for reviewing factors and multiples (2 of each for: prime and composite numbers, factors, greatest common factors, prime factorization, multiples, and least common multiple). I have also included a bonus factors and multiples quiz with this product.

Money Cootie Catchers - This file includes 10 different cootie catchers with pictures of coins for reviewing money concepts: (3 for value of coin combinations, 2 for rounding to the nearest dollar, 2 for making values with a given number of coins, and 3 for making change). I am including two different packages - one with American coins and one with Canadian coins.