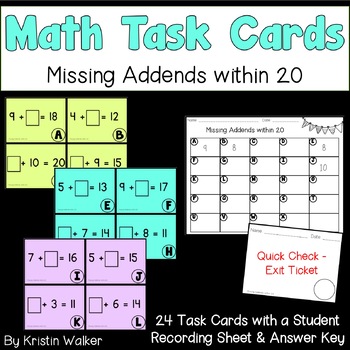 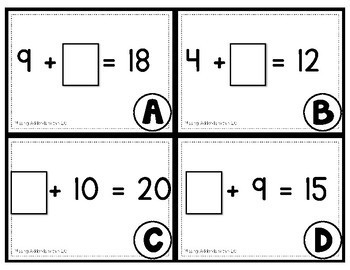 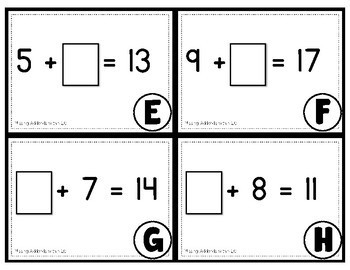 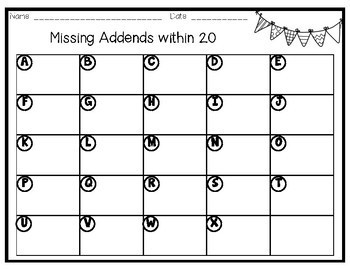 265 Followers
Follow
More products from Kristin Walker
$3.00
Digital Download
Report this resource to TpT
Also included in:
Product Description
This is a set of 24 task cards to practice finding missing addends in addition problems up to 20. It comes with a recording sheet, answer key, and quick check/exit ticket recording sheet.