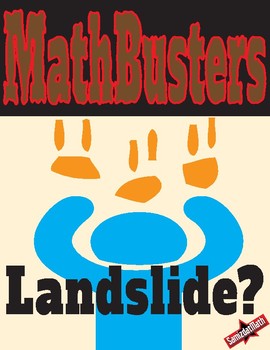 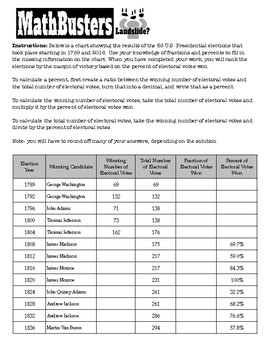 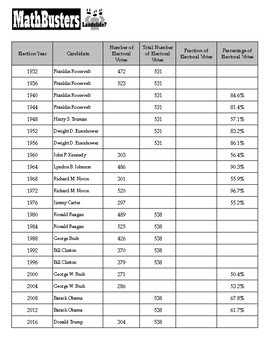 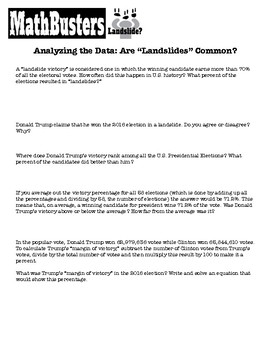 (1 MB|28 pages)
Product Description
On Sunday, December 11th, Donald Trump went on national television and declared the following: "We had a massive landslide victory, as you know, in the Electoral College."

Was this really true, or was he lying?

This is a massive investigation that looks at the winning margins for all 58 U.S. Presidential Elections. It includes the number of electoral votes from 1789 to the present day, and the number of votes won by each of the winning candidates during that period.

After calculating the percents in order from 1789 to 2016, students rank the presidential victories from 1 to 58 (Washington ranks 1 and 2 for 100% of the electoral votes, down to John Quincy Adams, who had just 32% of the electoral votes....) As for Trump's assertion that his election was a landslide, well, you'll just have to crunch the numbers to see how far that is from the truth. However, you'll be quite surprised to learn how often "landslides" actually do occur.....