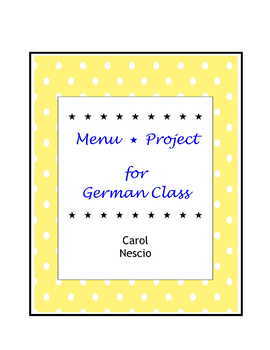 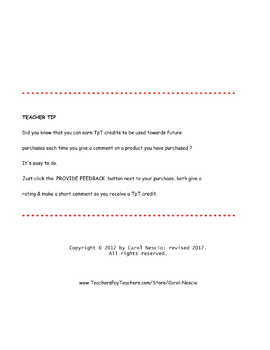 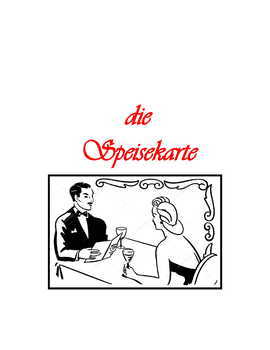 "Caviar is to dining what a sable coat is to a girl in evening dress."

Once your students have learned a variety of food words, they'll be excited to create their own colorful menu for their own restaurant using paper, colored pencils or markers, and their own imaginations.

It's a fun way to use vocabulary, Euro prices, and allow the creative side of students to shine.

Once they've made their menus, students then visit the 'restaurants' of two other students and select items for a meal and write up eine Rechnung.

1. Detailed instructions in English for Step 1 ~ creating the menu and a grading rubric

3. An overhead explaining Step 2 ~ Ordering from other menus

4. Zwei Rechnungen for students to fill out with their food selections from two other menus

5. An overhead on dining in Germany ~ I've included five of the 27 customs from my

so your students know what to expect when they enter a German restaurant.

* The interview chart for recording answers and the questions in German are provided.

And an added plus:

These menus make a colorful bulletin board or hall display of student work, particularly for Open House.

All items are ready-to-use to make your job easier. (21 pages)

Some very charming videos have been done by an American teenager during his stay in Germany. Sam Walton has a delightful and refreshing way of looking at Life In Germany - the name of his series.

Eating Out (Four Things You Need To Know)

Seven German Foods You Must Eat.

Too little time for all your preps and planning and grading and meetings and PD ?

for German class ~ here are some easy-to-use A to Z lists for them to choose from ..

resistance attempt under The Third Reich. ..

* Feature * Film ~ The Young Victoria .. Did you know that Queen Victoria's first language was German ? ..

* Feature * Film ~ Joe and Max ~ Louis vs. Schmeling .. The world was on the brink of war when Joe Louis met Max Schmeling in the boxing ring in 1938.