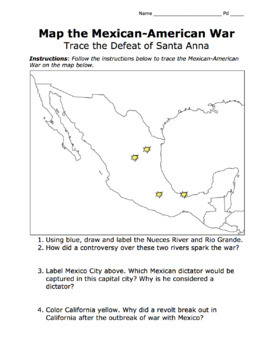 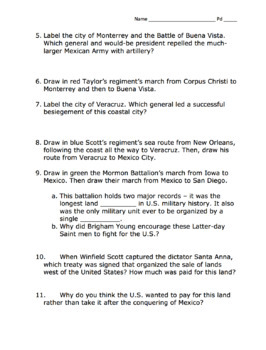 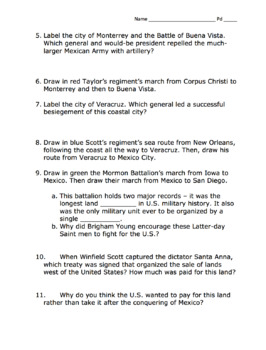 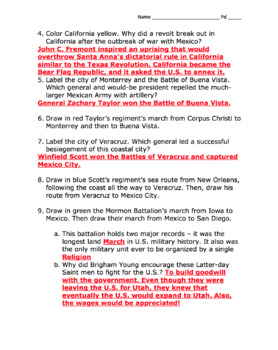 This is a great map activity for students to understand exactly what occurred during the Mexican War. Students will follow label and color major events of the war, including the Nueces River-Rio Grande controversy, the Bear Flag Revolt, three major invasion routes (Zachary Taylor's, Winfield Scott's, and the Mormon Battalion), as well as the major battles of Monterrey, Buena Vista, Veracruz, and Mexico City. The second page consists of important questions, and the key is included.