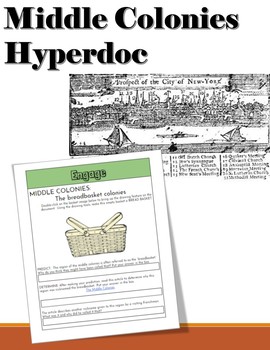 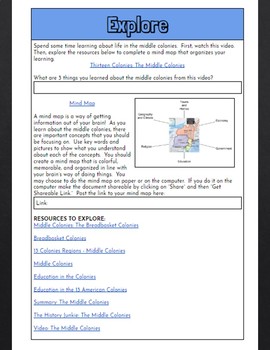 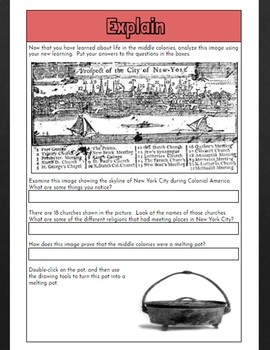 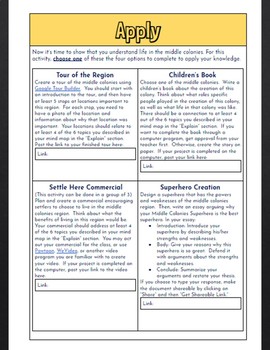 Harper's History
179 Followers
Follow
Compatible with Digital Devices
The Teacher-Author has indicated that this resource can be used for device-based learning.

All of the components of the learning process are included in this interactive digital lesson about the middle colonial region. Students will have the opportunity to engage, explore, explain, apply, share, reflect and extend their understanding as 21st century learners.

- To engage students in the activity, they create an image of a breadbasket, and predict why the middle colonies were known as the "breadbasket colonies."

- Then then create a mind map to organize their learning as they explore a variety of resources.

- Students explain their learning by analyzing how the "melting pot" concept is illustrated in a primary source.

- To apply their learning, students choose from a variety of activities using numerous learning styles.

- Students then share their products and reflect on their own learning process.

If you have taught about the middle colonies, but are looking for just an assessment, you might instead be interested in Choice Board: Middle Colonies Tic Tac Toe Menu. The choice board has 9 activities similar to the tasks in the apply section of this Hyperdoc.

Are you interested in a Hyperdoc for each of the 3 colonial regions????

THIS PRODUCT IS INCLUDED IN THE COLONIAL AMERICA HYPERDOC BUNDLE!