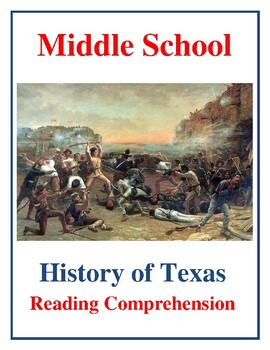 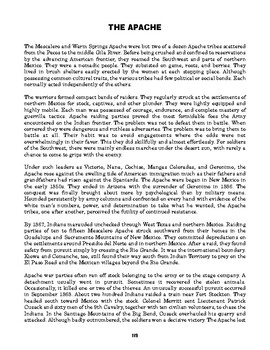 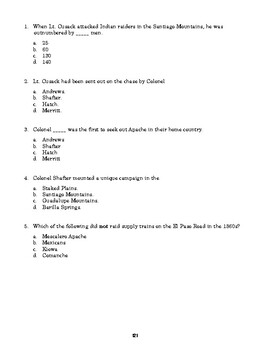 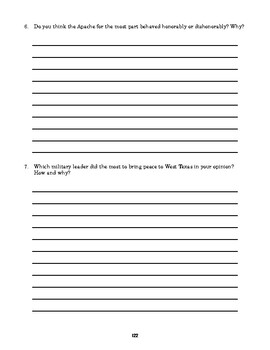 These three passages tell some of the history of the clashes between the Apache and settlers in West Texas. The first passage describes the Apache and some of their fights with American soldiers. The second passage details the rise of Victorio, who led an aggressive and unbending group of Apaches. The last passage is about the final battles of the Indian Wars in Texas, including the death of Victorio.

This product also includes a complete answer key including responses to the open-ended questions.

Check out my store!

Total Pages
23 pages
Answer Key
Included
Teaching Duration
45 minutes
Report this Resource to TpT
Reported resources will be reviewed by our team. Report this resource to let us know if this resource violates TpT’s content guidelines.