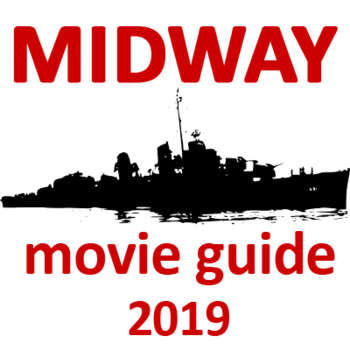 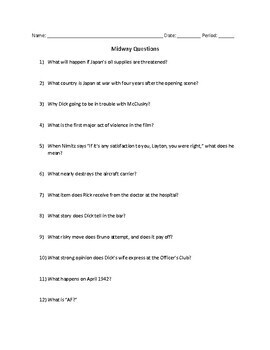 Midway movie questions (released 2019) help keep students engaged throughout the film by providing 23 questions for them to answer to keep them on track. Midway movie worksheet comes with a key that has suggested answers provided at the end.

Midway Movie Guide follows as Japanese forces launch a devastating attack on Pearl Harbor, the U.S. naval base in Hawaii, then xix months later, the Battle of Midway commences on June 4, 1942, as the Japanese navy once again plans a strike against American ships in the Pacific. For the next three days, the U.S. Navy and a squad of brave fighter pilots engage the enemy in one of the most important and decisive battles of World War II.