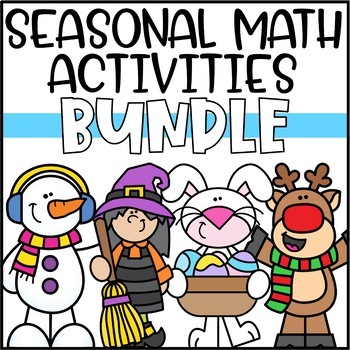 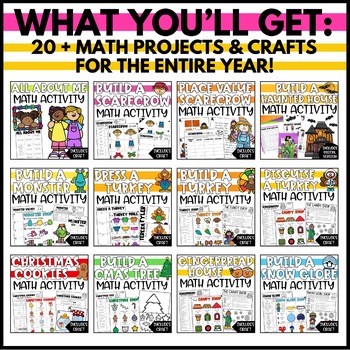 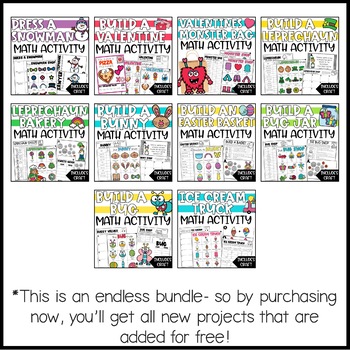 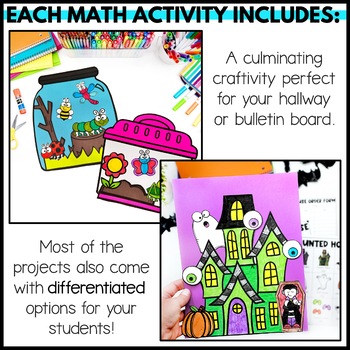 This listing is a GROWING BUNDLE of my Mini Math Projects. Each one is centered around an engaging seasonal theme to grab your students' attention and help them make real-world connections with math. The projects typically take about 2 days to complete, because most contain 2-3 parts. Most projects culminate with a craftivity, but not all will. Most of the projects also come with differentiated options for your students!

This bundle is now considered "COMPLETE!" It was promised to contain at least 13 mini math projects. Any additional projects beyond these 13 are an added bonus!! There are currently 21 projects in the bundle.

Check out the individual projects that this bundle contains so far:

•May: Run an Ice Cream Truck

•August: Math All About Me Craftivity