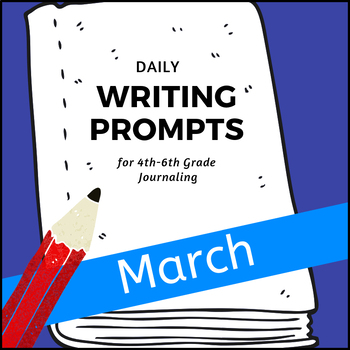 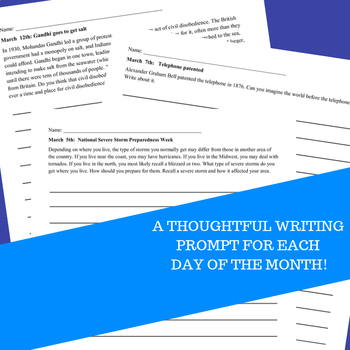 This Monthly Writing Prompts Journal is for the month of March and has been designed to help students think, create and express their own ideas and opinions on a variety of topics.

There is a separate journal page for each day of the month that provides students with writing prompt. Some prompts a light-hearted while others are designed to make students critically think about issues, values, etc.

March 24th - (Tuberculosis bacillus discovered)
In 1882, a German scientist named Robert Koch isolated the bacillus that cased tuberculosis. Tuberculosis still kills about two million people annually worldwide. However, this discovery enabled scientist to fight this disease, which can be vaccinated against, and cured. If you could cure one disease, what would it be? Why would you choose to cure that disease?

Follow my TPT Store: Creations by LAckert if you'd like to get updates on when I create new products, run sales, etc!