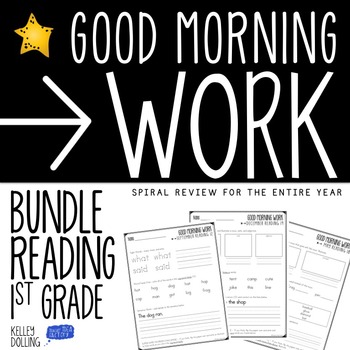 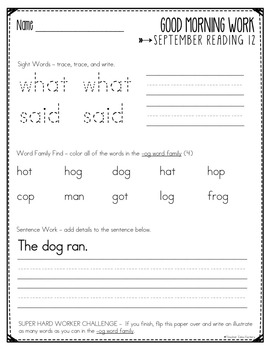 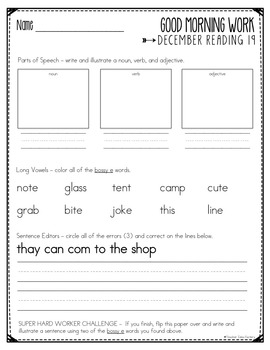 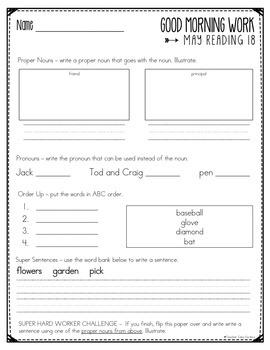 Morning Work - This bundled packet includes all of my Good Morning Work Reading/Language Skills files. This will give you a year's worth of independent and highly rigorous warm ups for your babes - August through June - at a discounted price!

Unlike other packets, I "chunk" my concepts. In other words, the pages are similar for 5 days in a row (work on the same standards). I find that this helps my kids feel much more successful and independent. It also significantly reduces the amount of teacher support needed every morning!

All pages are aligned to the first grade common core standards. However, second graders could also benefit from these practice sheets.

**This packet is in the process of getting a facelift. Check back before the end of each month to snag the newly updated file :)**