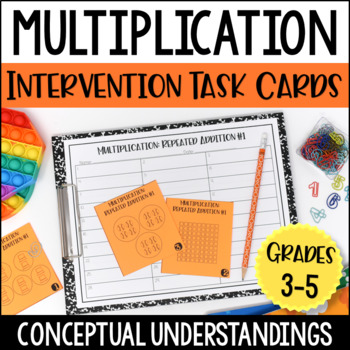 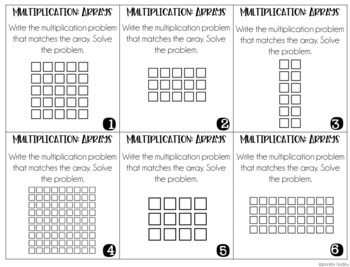 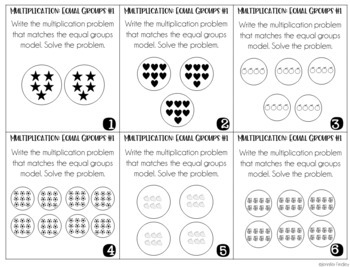 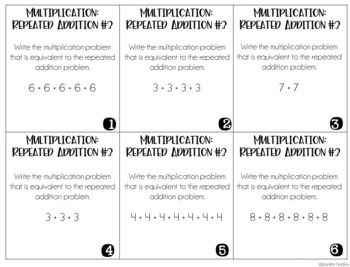 I created these conceptual multiplication task cards to be an extension of my multiplication intervention mini-lessons. For example, I will teach a small group lesson on representing multiplication with arrays and then the students will complete the task cards with me, as a math center, with partners, or independently.

***Click here to grab a free multiplication assessment to help you know which task cards to use with which students.

Here is a detailed list of the conceptual multiplication skills included. Each skill includes a task card set of 24 task cards:

This resource works well for students in grades 3-5 who have received initial instruction on multiplication but struggle to understand the skill conceptually.