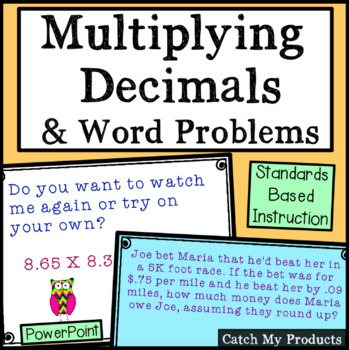 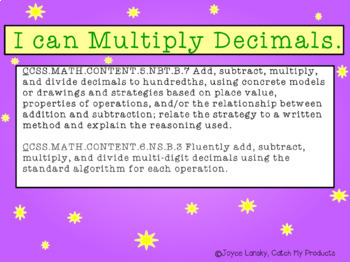 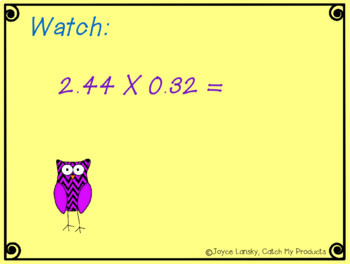 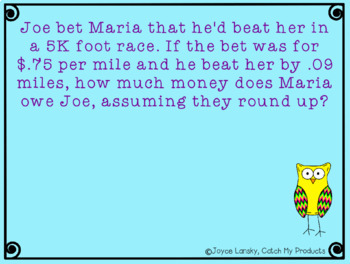 This colorful PowerPoint gives multiplication problems for students to solve involving decimals. First, the teacher models a two digit by three digit multiplication problem. Next, students are asked to do two of these and then given a likert chart for the teacher to access students feelings about their knowledge of skill. Three more problems are given and then a second likert chart is presented. Finally students are given two problems and asked to write a word problem using this skill. I originally completed this lesson with fourth and fifth grade gifted students.

Did you know you can earn credits good toward future

TpT purchases by leaving feedback? Please be sure to

Have a great day,

Enjoy these other decimal lessons from Catch My Products.

Log in
to see state-specific standards (only available in the US).
CCSS6.NS.B.3
Fluently add, subtract, multiply, and divide multi-digit decimals using the standard algorithm for each operation.
CCSS5.NBT.B.7
Add, subtract, multiply, and divide decimals to hundredths, using concrete models or drawings and strategies based on place value, properties of operations, and/or the relationship between addition and subtraction; relate the strategy to a written method and explain the reasoning used.