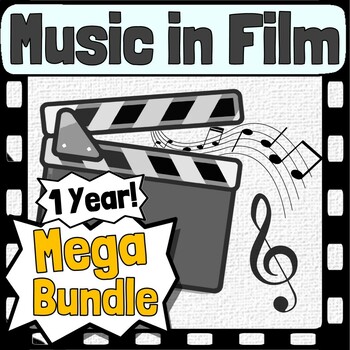 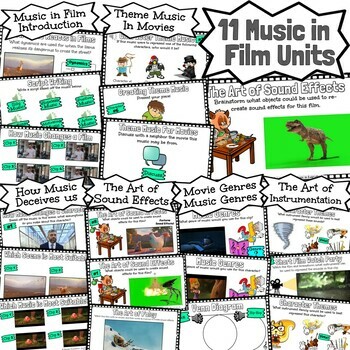 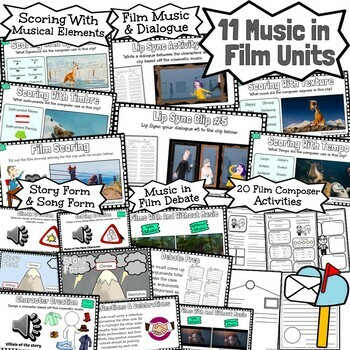 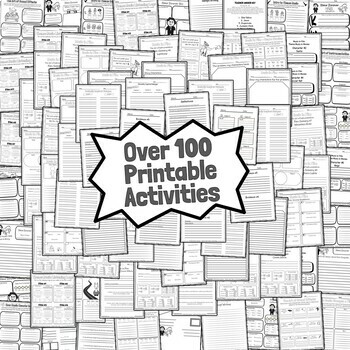 Music in Film - How Music Deceives Us

Music in Film - The Art of Instrumentation

Music in Film - The Art of Foley & Sound Effects

Music in Film - Scoring With The Seven Elements of Music

Music in Film - Could Film Survive Without Music Debate?

Each Music in Film Unit includes:

Throughout the course of this Music in Film Curriculum, your students will have multiple opportunities to enhance their learning in the following fundamentals:

-Music in Relation to Other Arts

-Appreciation For Music in Film

Below is an extremely brief summary of the learning pathway for each unit. To explore more details about each unit, please view them individually under the "Products in this Bundle" which can be found above this product description.

Unit 1 - The Importance of Film Music

A brief introduction to the Music in Film Curriculum as a whole, and the importance of music in film.

Unit 2 - How Music Deceives Us

How music can change films, scenes, or characters with our emotions.

The role theme music plays for films, characters, and settings.

Unit 4 - The Art of Instrumentation

Exploring the use of objects in your classroom to create sound effects for films.

Exploring the differences and similarities between movie genres and music genres.

Unit 7 - Scoring With The Elements of Music

Utilizing the elements of music as a map for scoring a piece of music for a film.

Critically listening to write dialogue, and critically reading dialogue to compose a piece.

A debate about whether or not a film of your choice would have been successful without the music.

This resource is best when utilized for in person learning. All videos, Audio, Timers, Activities, and other Interactions are automatically built into the PowerPoint Presentations.

If this resource is being utilized for online learning, it is best presented on ZOOM, using the screen share feature. This resource is not compatible with google slides, as the video, audio, and timers will not work once transferred.

For Free, Current, and New Resources Be sure to: