Music in Film - The Importance of Film Music 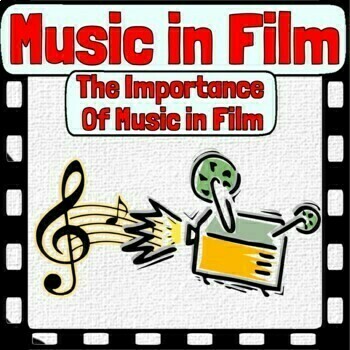 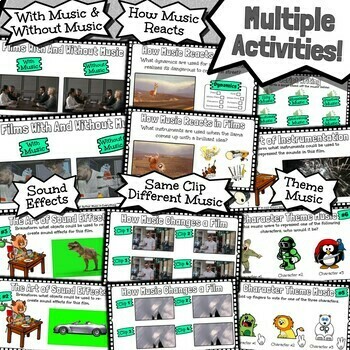 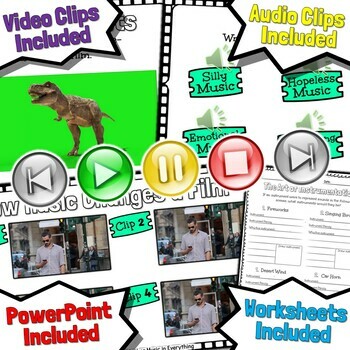 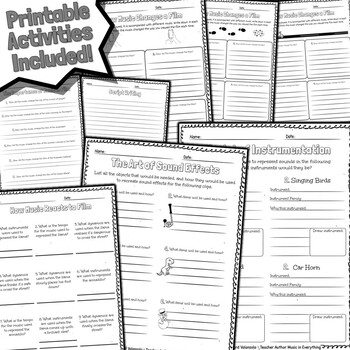 PowerPoint Presentation - Music in Film - The Importance of Music in film

This lesson plan is the Introduction Lesson to my "Music and Film Curriculum ~ (Bundle). If you're interested in this but want MUCH more, and getting a better deal for all 10 Music and Film Lesson plans Click Here!

The lesson plan is designed into 6 sections

1. Section One - Theme Music in Movies

Students are taken through 6 examples where they will be shown three different characters, and will listen to one theme song. Students will vote as a class and individually on their worksheets to vote for which character they think the theme music suits best.

2. Section Two - What would film be without music?

Students are taken through 5 examples where they are shown two videos side by side in the PowerPoint Slideshow.. Both videos are of the same exact movie scene, one with music, and one without music. Students on their worksheets will be prompted first after watching the scene with music what they felt. Then after they finish, they will be shown the same movie scene without music and write down how having no music changed the scene.

3. Section Three - How Music Deceives Us

Students are taken through 3 examples where they are shown 4 videos each side by side in the PowerPoint Slideshow. Students watch the same movie clip in total 4 times, each time with different music. Students will be prompted on their worksheets, and through partner talks which music they would choose if they were directing the movie, and why they would choose that music. Students will also discuss how using different types of music styles, genres, moods, tempos, & other dynamics can change how we perceive characters & purpose in the film.

Students are shown 10 examples of small clips of animals, objects, vehicles, dinosaurs & more. On their worksheets & via Class, Group, or Partner conversations they will discuss what objects they would use to re-create the sound effects for those clips they are watching. In the second half of examples, students will then discuss what instruments they would use to represent those clips.

Students will then engage in a small group activity. Six different pieces of music designed for film are presented to your students which also can be interacted with in the PowerPoint Presentation. Groups must pick one of the six selections of music and write a script for that specific piece of music. One student in each group is assigned to doing the sound effects. A script page is provided for students to engage in this activity.

For Free, Current, and New Resources Be sure to: