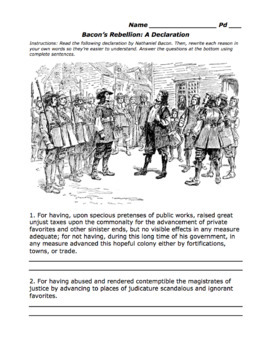 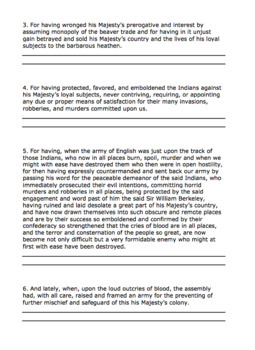 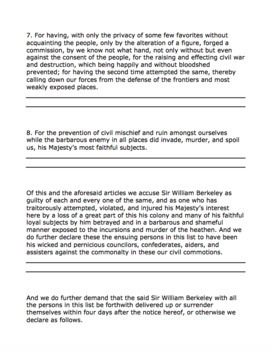 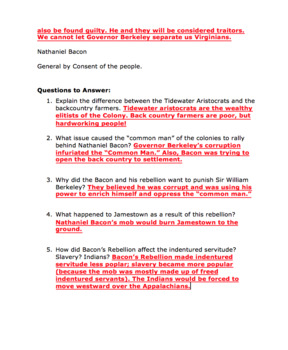 This is a primary source assignment involving Nathaniel Bacon's Declaration of the Rebellion. Students will read and interpret the "old English" of Bacon's words into their own words. There are also questions at the end that will review Bacon's Rebellion. This product is not included in the Unit 1: Colonial America Bundle.