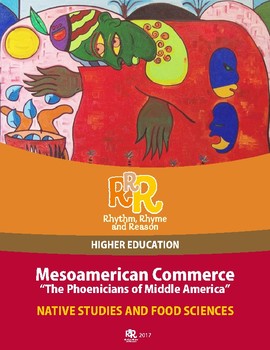 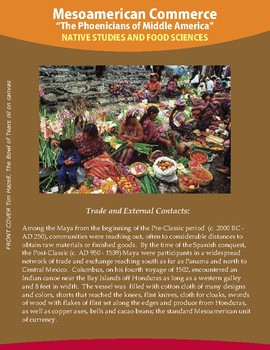 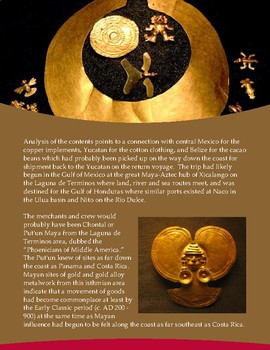 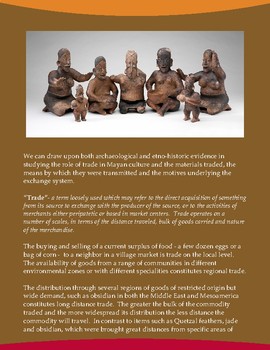 Among the Maya from the beginning of the Pre-Classic period (c. 2000 BC - AD 250), communities were reaching out, often to considerable distances to obtain raw materials or finished goods. By the time of the Spanish conquest, the Post-Classic (c. AD 950 - 1539) Maya were participants in a widespread network of trade and exchange reaching south as far as Panama and north to Central Mexico. Columbus, on his fourth voyage of 1502, encountered an Indian canoe near the Bay Islands off Honduras as long as a western galley and 8 feet in width. The vessel was filled with cotton cloth of many designs and colors, shorts that reached the knees, flint knives, cloth for cloaks, swords of wood with flakes of flint set along the edges and produce from Honduras, as well as copper axes, bells and cacao beans; the standard Mesoamerican unit of currency.

Analysis of the contents points to a connection with central Mexico for the copper implements, Yucatan for the cotton clothing, and Belize for the cacao beans which had probably been picked up on the way down the coast for shipment back to the Yucatan on the return voyage. The trip had likely begun in the Gulf of Mexico at the great Maya-Aztec hub of Xicalango on the Laguna de Terminos where land, river and sea routes meet, and was destined for the Gulf of Honduras where similar ports existed at Naco in the Ulua basin and Nito on the Rio Dulce.

The merchants and crew would probably have been Chontal or Put’un Maya from the Laguna de Terminos area, dubbed the “Phoenicians of Middle America.” The Put’un knew of sites as far down the coast as Panama and Costa Rica. Mayan sites of gold and gold alloy metalwork from this isthmian area indicate that a movement of goods had become commonplace at least by the Early Classic period (c. AD 200 - 900) at the same time as Mayan influence had begun to be felt along the coast as far southeast as Costa Rica.

We can draw upon both archaeological and etno-historic evidence in studying the role of trade in Mayan culture and the materials traded, the means by which they were transmitted and the motives underlying the exchange system.

“Trade”- a term loosely used which may refer to the direct acquisition of something from its source to exchange with the producer of the source, or to the activities of merchants either peripatetic or based in market centers. Trade operates on a number of scales, in terms of the distance traveled, bulk of goods carried and nature of the merchandise.