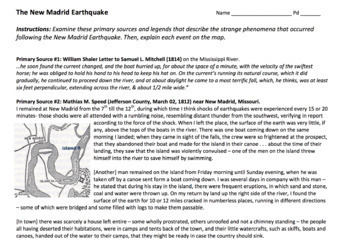 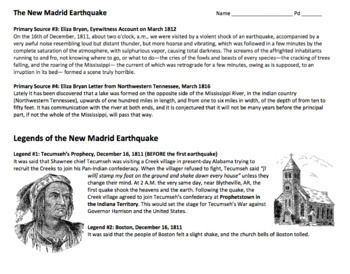 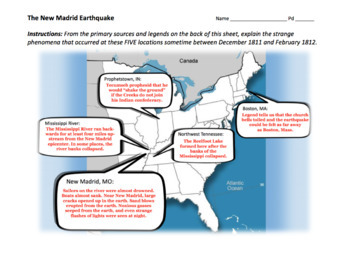 Students will examine primary sources AND legends of the bizarre oddities of the New Madrid Earthquake. These primary sources describe the seismic activities of 1811-1812, including fissures, sand blows, loud thunder, animal warnings, etc. Students should investigate these sources, highlighting the phenomena, and explaining where they occurred on the map. Legends include the prophecy of Tecumseh prior to the War of 1812 and the tolling of church bells as far as Boston. My students love this activity, and the primary sources do a great job of challenging students, but not in such a way that they aren't understandable. If you are interested in the New Madrid Earthquake, please check out my Unit 7: The War of 1812/Era of Good Feelings slideshow here: Click Here!

If you like this map activity, see similar activities for

The Texas War for Independence

Total Pages
3 + Key
Answer Key
Included
Teaching Duration
1 hour
Report this Resource to TpT
Reported resources will be reviewed by our team. Report this resource to let us know if this resource violates TpT’s content guidelines.