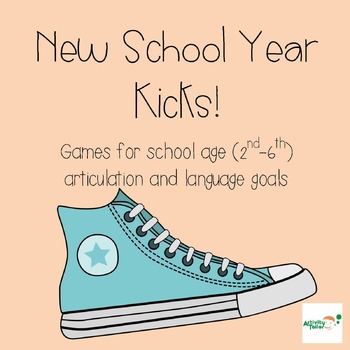 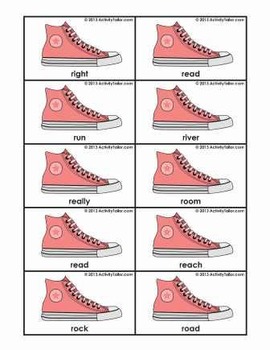 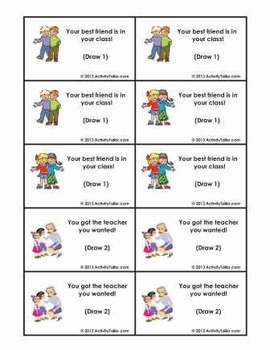 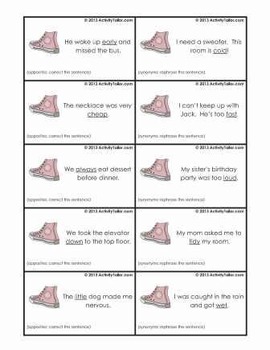 Kick off the new year with “New School Year Kicks!” for articulation and/or language. Choose 15 targets for each player. Three will become their hand, the remaining 12 are placed face down in front of them. Fifty to sixty direction cards are placed in the center of play.

On your turn, select a direction card which will instruct you to "draw" or "discard" a sneaker, saying your target word or answering a language question as you go. The object is to be the first player to get exactly ten sneakers.
Great for groups since the targets can be different for each player and you can mix language/articulation targets.

Be the first to know about my new discounts, freebies and product launches:
• Look for the green star next to my store logo and click it to become a follower. Voila! You will now receive email updates about this store.