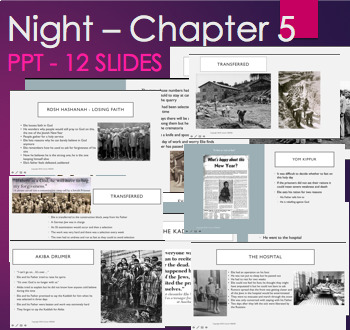 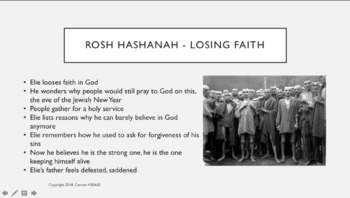 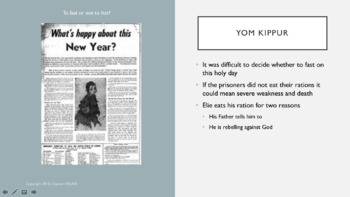 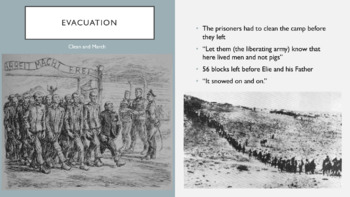 He wonders why people would still pray to God on this, the eve of the Jewish New Year

People gather for a holy service

Elie lists reasons why he can barely believe in God anymore

Now he believes he is the strong one, he is the one keeping himself alive

His Father tells him to

He is rebelling against God

To fast or not to fast?

Elie is transferred to the construction block, away from his Father

A German Jew was in charge

An SS examination would occur and then a selection

Elie went to find his Father, he said he had passed as well

Click HERE for my entire Night by Elie Wiesel Folder

Total Pages
12 pages
Answer Key
Does not apply
Teaching Duration
N/A
Report this Resource to TpT
Reported resources will be reviewed by our team. Report this resource to let us know if this resource violates TpT’s content guidelines.