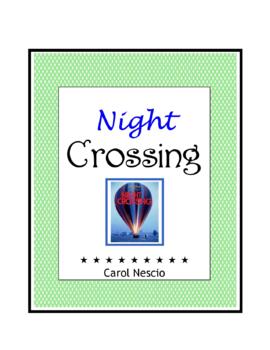 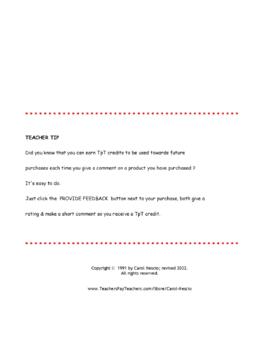 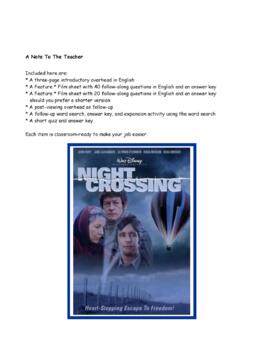 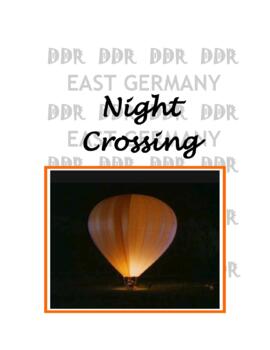 "Is freedom anything else than the right to live as we wish ? Nothing else."

Once the Berlin Wall went up on August 13, 1961, East Germans - who had been fleeing to the West by the thousands - were trapped in their own country.

Many tried to escape.

This is the true story of two families who lived near the West German border and decided to build a hot air balloon to fly high up across the border to freedom.

1. A three-page introductory overhead in English

2. A Feature * Film sheet with 20 follow-along questions in English all on one page

3. An answer key for the questions

4. A five-page post-viewing overhead as follow-up

The film is available online at various sources such as here ~

or perhaps at your local public library.

looking down writing out answers and, thus, not miss

It's easy to keep students focused and on task with a follow-along question sheet.

All items are classroom-ready for you to use. (15 pages)

The actual balloon is in a museum in Naila, Germany ~

This film is one of ten in my

* The Autobahn And Driving In Germany .. Useful for Distance Learning ..

* Let's Talk Business: In German .. Perfect, too, for after the AP Exam ~ Distance Learning ..