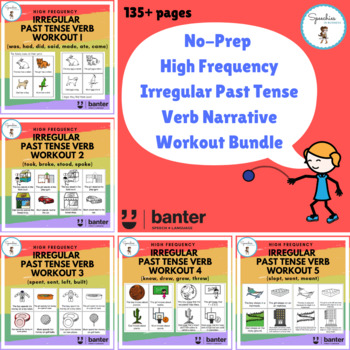 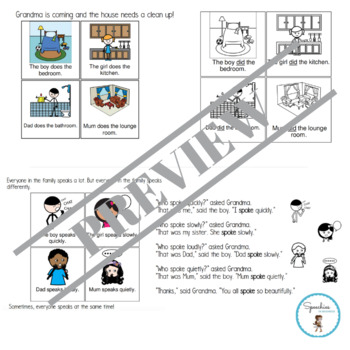 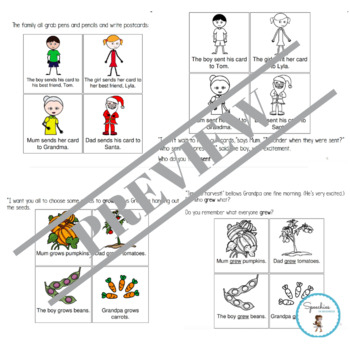 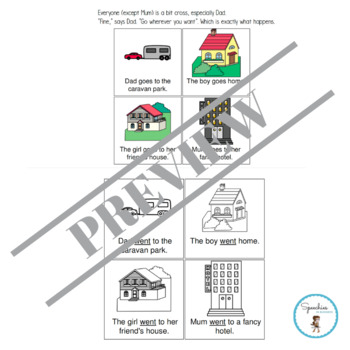 Irregular Past Tense Verbs featured in this bundle:

Lots of children under the age of 3 years make errors with irregular verbs, e.g. saying words like “goed” and “holded” and “broked” and “flied” and “falled”.  Although this is a common stage of language development called “overgeneralisation” – the subject of a separate article here – most children have “went”, “held” and “broke”, and “flew” and “fell” down by school. Not knowing frequently used irregular past tense verbs can make school-aged children sound less mature than they actually are.

To help people to learn irregular past tense verbs methodically, we've reviewed the New General Service List-Spoken (Brown & Culligan, 2013): a list containing 721 words providing up to 90% coverage for unscripted spoken English. We've extracted the 57 most frequent irregular verbs in spoken English, and then sorted them into 10 broad groups. In this bundle, we include five separate sets of verbs including:

In each pack, we cover high frequency verbs in English with irregular past tense forms. We tackle the verbs one at a time, with narratives for each verb to facilitate modelling, imitation, and focused stimulation (lots of repetition) in a manner designed to facilitate learning. At the end of each pack in the bundle, we put them together for extra practice and revision.