No Prep Mixed Groups for Speech and Language Therapy BUNDLE 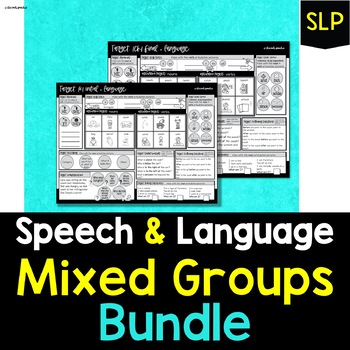 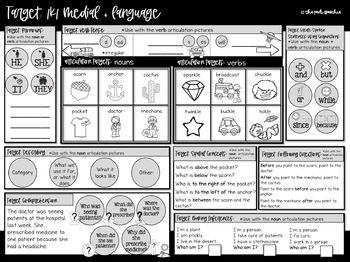 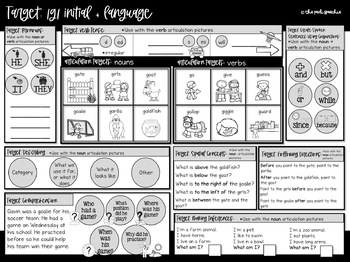 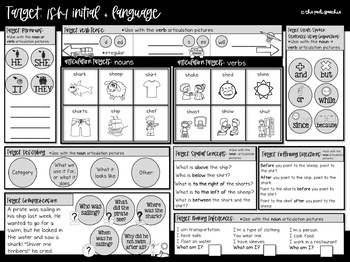 An organized, NO PREP way to work with mixed groups in speech and language therapy! (articulation and language targets included!) Designed for busy school SLPs

Tell me if this is you:

That means you're seeing a lot of students in groups.

Each student has different goals.

You need a way

You're sick of feeling frazzled after every session.

Treating students in mixed groups has you feeling overwhelmed.

Any SLP can easily run a mixed group treatment session using Mixed Groups: Speech and Language because it offers an organized lay-out with effective visuals and prompts that allow for targeting a large variety of articulation and language goals.

Here's Exactly What You Get:

NO PREP Mixed Group Worksheets Each worksheet allows you to target a large variety of articulation and language goals- using one clear, organized page

How Does This Resource Work?

Articulation words are sorted by noun or verb.

While one student works on articulation, another student can work on language goals- using the same target words

Use the noun articulation pictures to work on goals such as describing, following directions, spatial concepts, and making inferences.

Use the verb articulation pictures to work on goals such as verb tense and creating sentences.

Any SLP can easily target multiple goal areas while working with mixed treatment groups. This resource works for my students- and it will work for yours, too. With an organized lay-out and all the visuals and prompts you need on one page- you're all set.

This is your ready-to-go, mixed groups solution.

Check out the preview for a closer look!