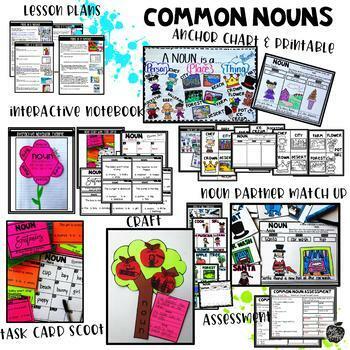 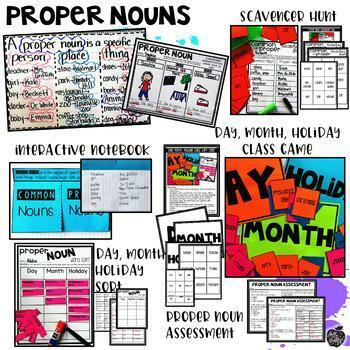 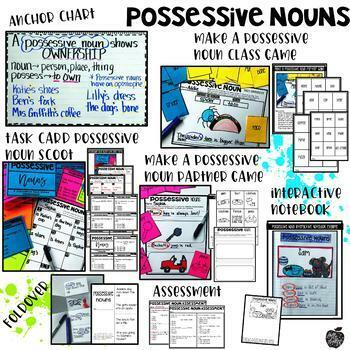 Teach nouns with this engaging hands-on resource. This bundle includes three weeks (15 days) of mini lessons, anchor charts, class games with recording sheets, interactive notebook pages, task cards, crafts, and three quick assessments. This is a complete hands-on mini unit that will add fun and excitement to your classroom. The first week covers common nouns, the second week is all about proper nouns, and the third week focuses on those tricky possessive nouns!

This unit focuses on the following standard:

Log in to see state-specific standards (only available in the US).
CCSSCCRA.L.1
Demonstrate command of the conventions of standard English grammar and usage when writing or speaking.
CCSSL.1.1b
Use common, proper, and possessive nouns.
Total Pages
85 pages
Answer Key
Included
Teaching Duration
3 Weeks
Report this Resource to TpT
Reported resources will be reviewed by our team. Report this resource to let us know if this resource violates TpT’s content guidelines.