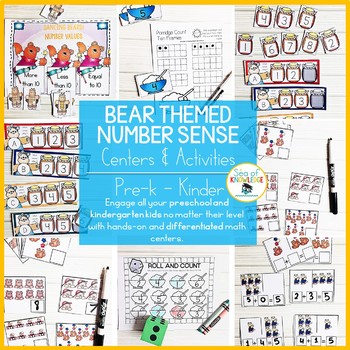 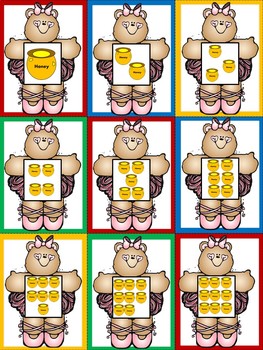 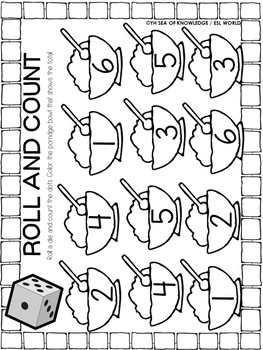 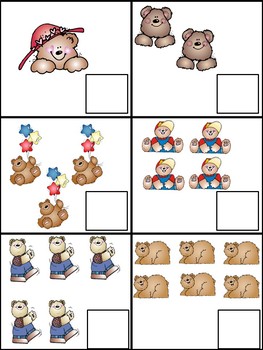 The bears are back - and it mostly thanks to DJ Inkers for doodling such cute bears! :) This activity pack includes so many FUN and hands-on centers to reinforce beginning number skills. From number identification, place value, counting, addition and more! This pack includes so many fun activities to help get your students excited about MATH!

2.Honey Jars – What Comes After? Number sequencing activity strips. Kids read the number sequence on the strip and then find the honey jar card with the number that comes next.

3.Honey Jars – What Comes Before? Number sequencing activity strips. Kids read the number sequence on the strip and then find the honey jar card with the number that comes before or after

4.Dancing Bears. Number values practice. Students sort the cards into the correct honey jars. (< than ten, > than ten, = to ten).

5.Bears Counting Dry Erase Cards: Kids count the number of objects one ach card and write the sum on the card with a dry erase marker.

6.Bears Addition Dry Erase Cards: Kids count the number of objects on each side, record the number and then work out the sum.

7.Porride Count Ten Frames: Kids will choose a ten frame card and fill in the the frame on their recording sheets.

8.Roll & Color (3 sets of mats). Students roll the dice, add their numbers and then color in their numbers on their worksheets. The person who colors in all of them first wins. Two more easier versions of this game with identifying numbers on a die.

9.Printables. These were designed for ESL/ELL students or for whole class assessment / further practice on beginning number skills. The pages marked with ESL can be used easily with intervention students.

The standards this unit covers are:

Establish understanding of the language and processes of counting by naming numbers in sequences, initially to and from 20, moving from  any starting point.  (ACMNA001)

Connect number names, numerals and quantities, including zero, initially up to 10 and then beyond. (ACMNA002)

K.OA.A.1: operations & algebraic thinking. Understand addition as putting things together and adding to, and understand subtraction as taking apart and taking from.

Thank you so much for dropping by!