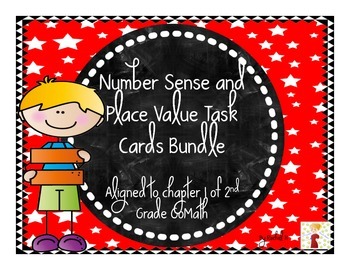 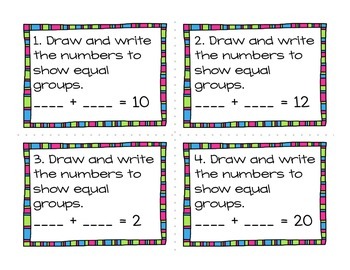 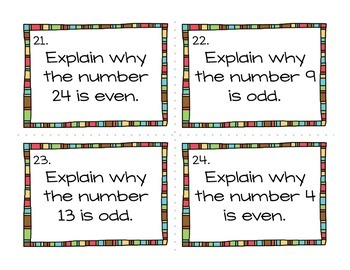 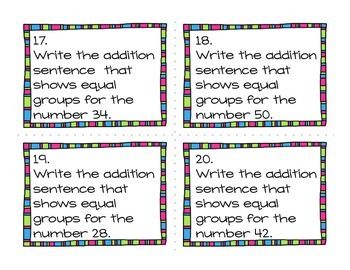 Do you love task cards? Using task cards in the classroom is so versatile. You can use the task cards as centers, small group activities, independent practice, or my favorite...Scoot!

This bundle consists of 8 different task cards In Number Sense and Place Value. Each set of task cards has 32 cards. There are two different answer sheets so you can differentiate for your kids (1 page with a smaller spaces and two pages with larger spaces to write in.)

1. Even or odd Task Cards

3. Value of a Digit Task Cards

If you use GoMath, this bundle is aligned to chapter 1 for 2nd grade.

Odd and Even Task Cards

Log in to see state-specific standards (only available in the US).
CCSS2.OA.C.3
Determine whether a group of objects (up to 20) has an odd or even number of members, e.g., by pairing objects or counting them by 2s; write an equation to express an even number as a sum of two equal addends.
CCSS2.NBT.A.3
Read and write numbers to 1000 using base-ten numerals, number names, and expanded form.
Total Pages
N/A
Answer Key
Not Included
Teaching Duration
N/A
Report this Resource to TpT
Reported resources will be reviewed by our team. Report this resource to let us know if this resource violates TpT’s content guidelines.