Number and Operations in Base Ten Worksheets - Kindergarten Common Core 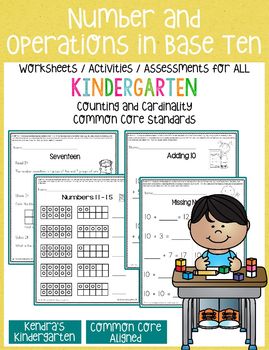 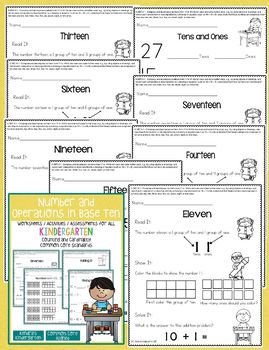 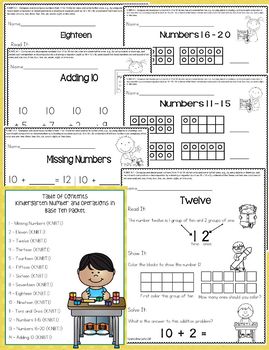 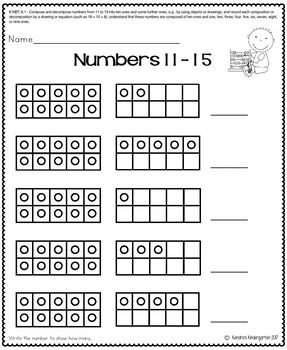 This is a packet of worksheets, assessments and activities designed to help teach the Number and Operations in Base Ten Common Core Standards for kindergarten. It has been updated for 2017.

Worksheets for ALL Kindergarten Number and Operations in Base Ten Common Core Standards are included.

Each worksheet contains the Common Core Standard it addresses clearly printed at the top of the page. I have found this incredibly useful in helping parents to understand the concepts being taught. (Several worksheets address more than one standard, but only the one targeted standard is identified.) Clear directions are printed on each page. A table of contents is included.

Please message me if you have any questions. Enjoy!

Check out my other Kindergarten Common Core Packets Here:

Or save with the bundles!

Check out my Blog for More Ideas and Activities:
Kendra's Kindergarten

Log in
to see state-specific standards (only available in the US).
CCSSK.NBT.A.1
Compose and decompose numbers from 11 to 19 into ten ones and some further ones, e.g., by using objects or drawings, and record each composition or decomposition by a drawing or equation (e.g., 18 = 10 + 8); understand that these numbers are composed of ten ones and one, two, three, four, five, six, seven, eight, or nine ones.