Number of the Day Template 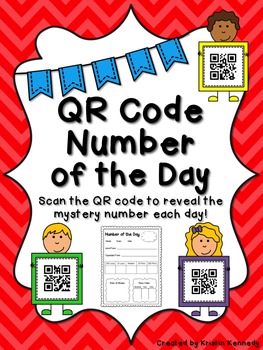 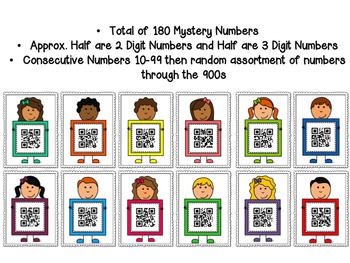 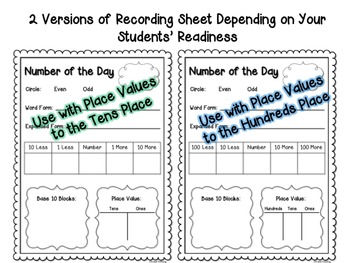 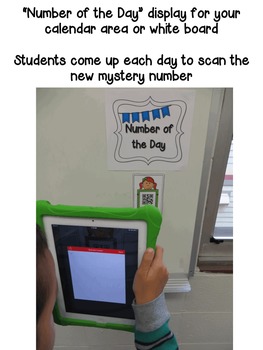 Students scan the QR code to reveal a mystery number of the day. Then they fill out the Number of the Day template sheet to practice various place value/number sense concepts.

There are 180 mystery numbers total so you can use this activity all year round! Approximately half of the numbers are 2-digit and half are 3-digit (through the 900s). There are two versions of the recording sheet to correspond with either 2-digit numbers or 3-digit numbers, so you can differentiate depending on your students’ readiness. This number of the day routine is perfect for morning work or an independent math center!

Please download the preview to see the recording sheets up close and to test out one of the QR code mystery numbers. Please be sure you have a device that can scan QR codes before purchasing.

Be sure to check out my other primary QR code math packs:

QRazy for 2D and 3D Shapes

You may also enjoy my QR code math task cards:

Log in
to see state-specific standards (only available in the US).
CCSS2.NBT.B.8
Mentally add 10 or 100 to a given number 100–900, and mentally subtract 10 or 100 from a given number 100–900.
CCSS2.NBT.A.3
Read and write numbers to 1000 using base-ten numerals, number names, and expanded form.
CCSS2.NBT.A.1
Understand that the three digits of a three-digit number represent amounts of hundreds, tens, and ones; e.g., 706 equals 7 hundreds, 0 tens, and 6 ones. Understand the following as special cases:
CCSS1.NBT.C.5
Given a two-digit number, mentally find 10 more or 10 less than the number, without having to count; explain the reasoning used.
CCSS1.NBT.B.2
Understand that the two digits of a two-digit number represent amounts of tens and ones. Understand the following as special cases: