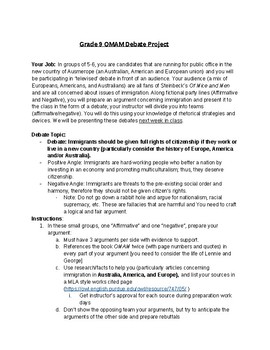 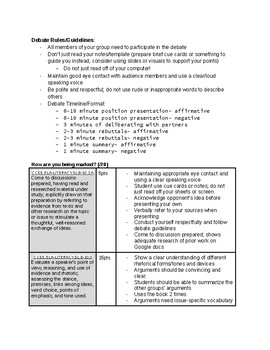 Debate immigration and its economic effects. Connected to Of Mice and Men.

Part of the document:

Your Job: In groups of 5-6, you are candidates that are running for public office in the new country of Ausmerope (an Australian, American and European union) and you will be participating in ‘televised’ debate in front of an audience. Your audience (a mix of Europeans, Americans, and Australians) are all fans of Steinbeck’s Of Mice and Men and are all concerned about issues of immigration. ....