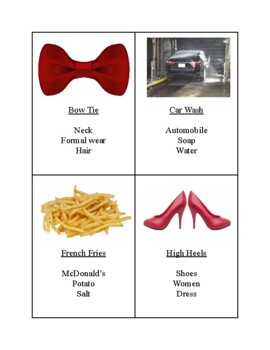 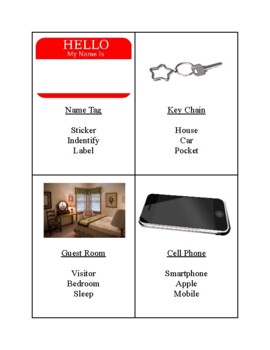 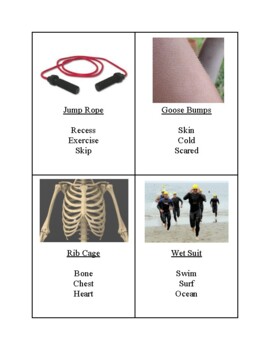 We practice compound nouns a lot, but how often do we talk about open com-pounds? My students tend to have trouble identifying open compounds as nouns. They like to label them as two separate nouns or, more often, as an adjective and a noun. I created these games to help them practice some of the more common open compounds. Since there is sometimes controversy over whether a compound noun should be closed, hyphenated, or open I let Merriam Webster’s Dictionary be the final determiner. If that dictionary listed the noun as a single entry and did not close or hyphenate it, I included it. This is not an exhaustive list, but it is 24 of the more common open compounds. The games helped with their vocabulary development, as well as their parts of speech recognition. First we used the sort cards, then we played Memory (available in my store or as a bundle). Our next activity is often dominoes (also available in my store or as a bundle), which allows them to practice matching the nouns to form a single compound noun. Finally we play Open Compound Taboo. By that point the students usually have a decent understanding of the vocabulary and are ready to practice their speaking. Here are the details for how to play Open Compounds Taboo:

1. Print off the cards and cut them. I suggest laminating them for durability.

2. Divide the class into two teams. One member from the first team comes forward and stands in front of the stack of upside-down cards. When told to start the student takes the first card, looks at it and tries to get his/her team to say the noun pictured at the top. The student may not say the noun itself or any of the words listed on the card.

3. If his/her teammates are able to correctly name the noun, the student draws another card and keeps going until time is called (I usually give about 60 seconds). Once time is called the completed cards are counted for that team’s score.

4. Team two then takes their turn. Play continues as long as you care to play; simply shuffle the cards and work through them again if you run out.

5. Alternate play: Don’t worry about dividing the class into teams, each person will play for him/herself. Students come up one at a time and take the top card only—the goal is to get the fastest time, not go through as many cards as possible. He/she then proceeds to try to get the class to guess the noun in the same manner. The teacher times the student. Once the noun is called out, the time is recorded for the student who is in front and the student who called the noun gets a point. Once all students have had a turn to be in front points are awarded for time (I usually give 5 points to the fastest student, 4 to the next fastest and so on). Time points plus guess points are added for a final score to determine the winner.

Log in to see state-specific standards (only available in the US).
CCSSL.2.4d
Use knowledge of the meaning of individual words to predict the meaning of compound words (e.g., birdhouse, lighthouse, housefly; bookshelf, notebook, bookmark).
Total Pages
7 pages
Answer Key
N/A
Teaching Duration
30 minutes
Report this Resource to TpT
Reported resources will be reviewed by our team. Report this resource to let us know if this resource violates TpT’s content guidelines.