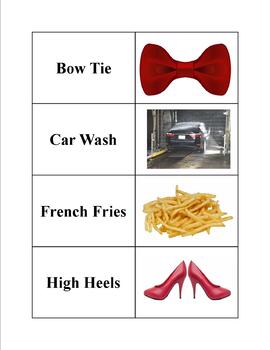 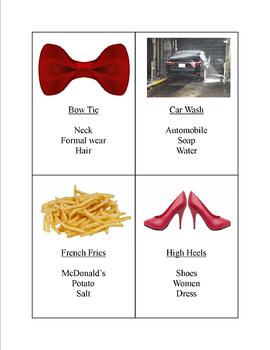 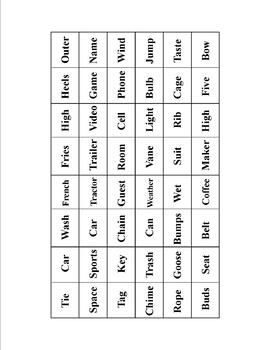 Since there is sometimes controversy over whether a compound noun should be closed, hyphenated, or open I let Merriam Webster’s Dictionary be the final determiner. If that dictionary listed the noun as a single entry and did not close or hyphenate it, I included it. This is not an exhaustive list, but it is 24 of the more common open compounds.

Included in this download are the directions for playing and the printable cards needed for the following activities/games:

Log in to see state-specific standards (only available in the US).
CCSSL.2.4d
Use knowledge of the meaning of individual words to predict the meaning of compound words (e.g., birdhouse, lighthouse, housefly; bookshelf, notebook, bookmark).
Total Pages
16 pages
Answer Key
N/A
Teaching Duration
N/A
Report this Resource to TpT
Reported resources will be reviewed by our team. Report this resource to let us know if this resource violates TpT’s content guidelines.