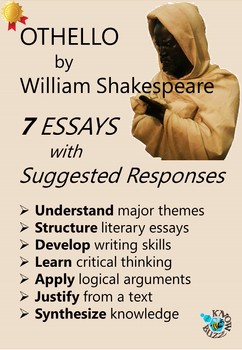 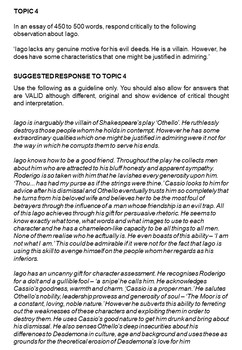 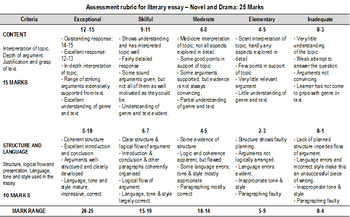 (340 KB|16 pages)
Product Description
This resource consists of 7 essay topics based on 'Othello' by William Shakespeare.

Each topic is followed by a comprehensive discussion as an example or suggested response.

The topics cover major themes of the play including appearance versus reality, jealousy, honesty, race, fate, good versus evil as well as the characters of the major players.

These can be used for tests or exams or as a way of teaching approaches to formal writing tasks involving the development of logical arguments, critical thinking and substantiation from texts.


This work is licensed under a Creative Commons Attribution-NoDerivatives 4.0 International License.
Total Pages
16 pages
Answer Key
Included with rubric
Teaching Duration
90 minutes
Report this Resource to TpT
Reported resources will be reviewed by our team. Report this resource to let us know if this resource violates TpT’s content guidelines.