Out of this World Context Clues 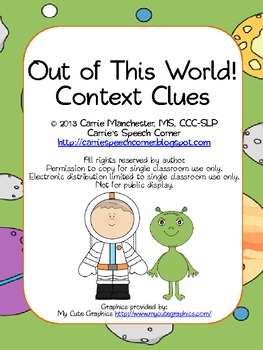 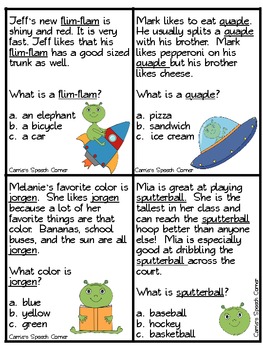 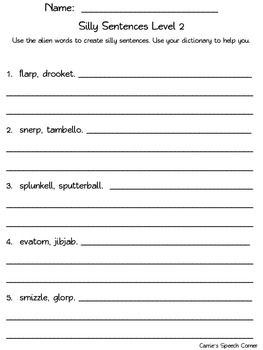 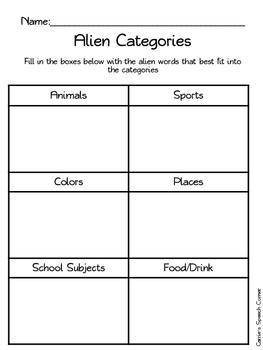 (784 KB|21 pages)
Product Description
This alien/space themed packet is designed to help students learn to use context clues to figure the meaning of unfamiliar vocabulary. Students play the role of an astronaut exploring a new planet. They encounter aliens who speak a language similar to English, but with some very different words. The "Context Clues Multiple Choice Cards" contain 4 short stories/page (20 stories total, provided in black and white and color versions). Each story contains a nonsense-word from the "alien language." Students need to figure out (based on the context of the story) the meaning of the alien word.