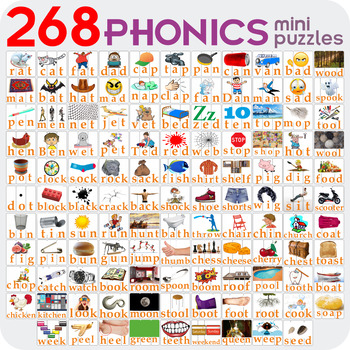 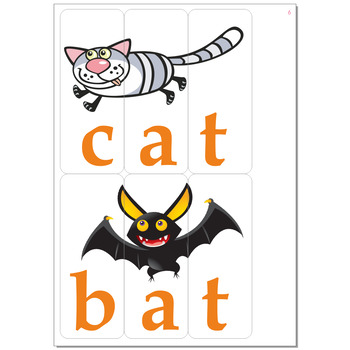 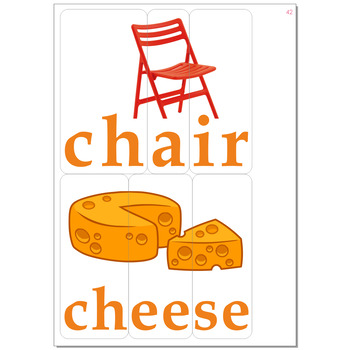 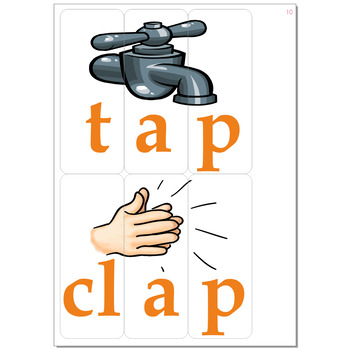 Phonics teach the relationship between letters/letter combinations and the sounds they make. The study of phonics enables children to decode new words, thereby improving reading skills, gaining spelling fluency, enlarging vocabulary and helping them to understand pronunciation patterns quickly. The pictures on the puzzles will make the process of remembering the unknown vocabulary and understanding its meaning easier in a fun and engaging way.
The set can be used in language learning centers, public schools, by tutors or parents in homeschooling.
How to use:

☛ introduce the new sounds and the letters that form them one at a time. Write a new phonic on the board or show the appropriate card and pronounce it;

☛ model a sound a number of times for students to repeat;

☛ play some games (after having learnt some vocabulary and played with puzzles, ask the students what words have a certain phonic):

▪ shuffle the parts and make children do the puzzles. If your students know more than one phonic, divide them into groups and ask each group to find and do all the puzzles with the appropriate phonic.

▪ listen, point and say. When all puzzles are done, call out word by word. The children listen and point to the correct puzzle. Then you point to the puzzles one by one (when they become more and more confident, point to the cards randomly and speed up), the children must read the words. Option: describe the location of the card, e.g. It's between soap and toast. What's this? The children then look and say the word.

▪ play a game “Describe and guess” after having all puzzles done.  One student chooses a word on any puzzle and starts to describe without showing it to other participants. (e.g. It's a small slow animal, it can crawl.) Others try to guess the word, asking questions: Is it a snail? Yes, it is. Variation: hide the parts of puzzles around the classroom and describe it. Students have to guess what it is, find all parts and do the puzzle.

▪ play “What's missing?” Ask kids to do the puzzles first and place them on the table (or floor) in order all the players could see them properly. Students look at the puzzles trying to memorize as many as possible. Ask them to close their eyes and remove one (or more cards with only phonics, single letters from the words or all the puzzles). Ask: what's missing? They must name the missing letters in the words or words. The student who does it first, gets a point or has a go to take away another card. To make the game more effective, and reduce teacher talking time, give the students puzzles with phonics you want them to learn or revise and make them play in mini groups on their own.

▪ play “Who's first?”. Shuffle the puzzles known for children and put them face down.  Open card by card quickly. Looking at the card, students have to guess and call out the word. Who does it first, gets a card. At the end of the game, you may ask them to spell the whole words according to the parts they have.

▪ play a “Bottle of Fortune”. Shuffle the puzzles known for children, put the cards in a form of a circle face down. Children take turns to spin a plastic bottle (or you may use a spinner). When it stops, it points to a card. To win a part of a puzzle, the player has to name the word according to the seen part of a picture. At the end of the game, you may ask them to spell the whole words according to those parts they have or make short sentences with target grammar and vocabulary using the cards they have won.