Panic: The Untold Story of the 2008 Financial Crisis 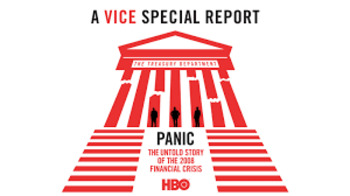 This is a 22 multi-choice and short answer worksheet that goes along with the 2018 documentary Panic: The Untold Story of the 2008 Financial Crisis

This documentary looks at the factors that led to the 2008 financial crisis and the efforts made by then Treasury Secretary Henry Paulson, Federal Reserve Bank of New York President Timothy Geithner, and Federal Reserve Chair Ben Bernanke to save the United States from an economic collapse.

Total Pages
6 pages
Answer Key
Included
Teaching Duration
90 minutes
Report this Resource to TpT
Reported resources will be reviewed by our team. Report this resource to let us know if this resource violates TpT’s content guidelines.