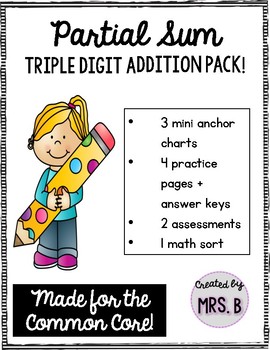 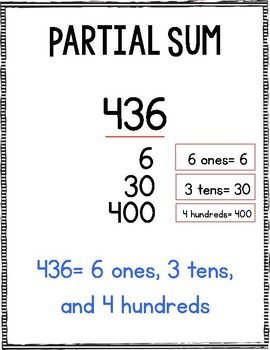 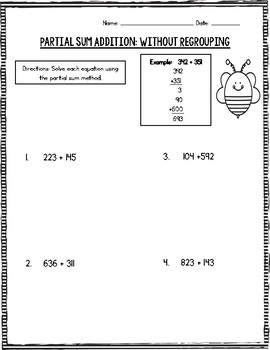 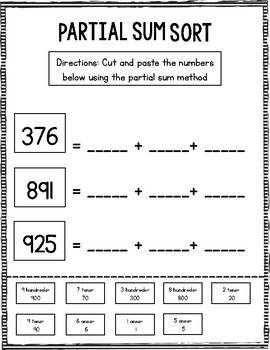 Addition with multiple methods and deeply understanding numbers is a big part of the Common Core. This product is perfect to help students learn another method to add two triple digit numbers, by breaking them down into hundreds, tens, and ones using the partial sum method.

If you haven't introduced the partial sum method yet, make sure you start with double digit addition using partial sum first!

Be sure to check out my other math products: