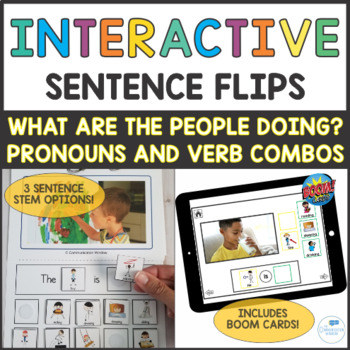 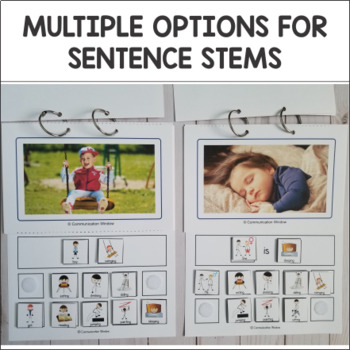 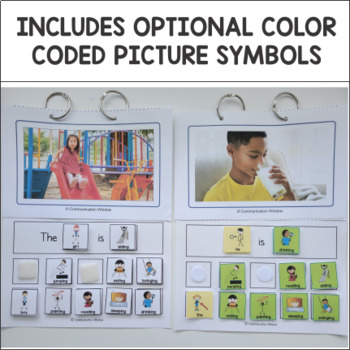 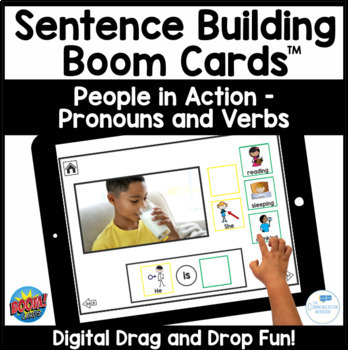 Work on sentence expansion, pronouns, noun and verb combos, present progressive verbs, and answering questions all in one with this fun, interactive flip book! Using real pictures of people, your kids will love moving the pictures around to make sentences and you will love the variety of goals you can target!

Click here for a free playable preview of the Boom Cards: