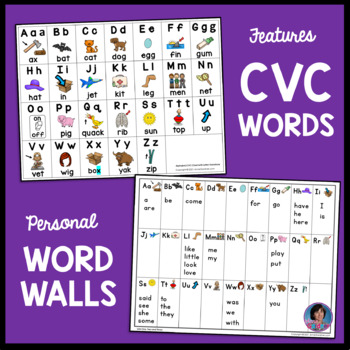 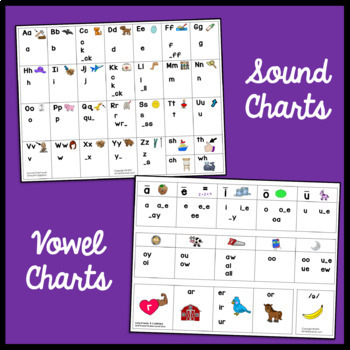 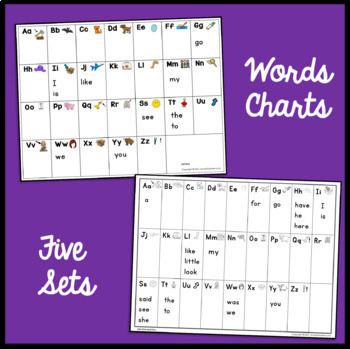 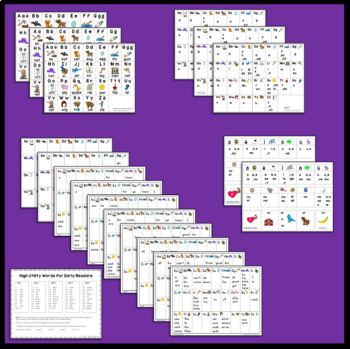 Little eyes can only see so far and not every child is in need of the same alphabet, sound or word chart at the same time.

These differentiated personal alphabet, sound and word charts make it easier to get just the right resources to students as they develop early literacy skills.

Perfect for use in writing folders, in writing centers, for home support and for warm-ups routines.

The Following Are Included:

★ Alphabet Chart with Variations of A, G, Q, and T

★ Alphabet Chart with the CVC or VC Word Below Each Image

★ Sound Chart with Digraphs: Level One

★ Alphabet Word Chart with Lists One and Two

★ Alphabet Word Chart with Lists One, Two and Three

★ Alphabet Word Chart with Lists One through Five

The Word Lists Are:

Please Note: Many of these words are not truly phonetically irregular, but are high utility words students are likely to encounter prior to developing the phonics skills needed to read independently.

This is not a set list, but rather a list of suggested words to introduce as needed.

All charts in this resource are offered in color as well as in an ink-saving black and white version.

Many thanks for stopping by and taking a look!

(National Board Certified in Literacy)