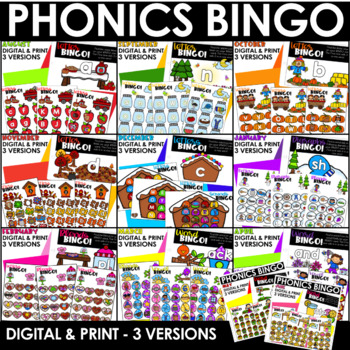 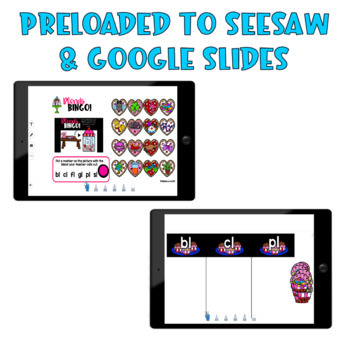 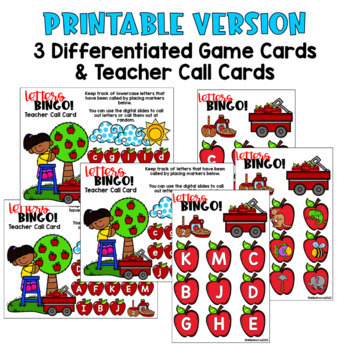 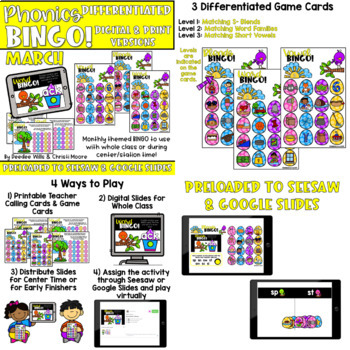 Are you looking for a fun activity to differentiate letter identification, sound, and phonics with your kindergarten students? Each BINGO game comes with three leveled game cards as well as a digital and printable version of the game.

Each BINGO game starts with a sound/letter sort. In this way, students can review the target phonics/letter sounds.

Each month has 3 levels of skills!

The great thing about this activity is that all students can participate in the same BINGO game with their differentiated game cards!

Here are a few ways you can use the BINGO game:

Distribute differentiated game cards to each student. Select one of the three digital games to reveal one letter at a time on a classroom screen. Students place markers on their game cards and the teacher can use either the printable call card or review letters that have been called out on their screen.

BINGO for Centers or Stations

Load the digital slides onto class tablets or computers and have students work with partners or in small groups! Since game cards are labeled with a level number, you can assign a level number (1, 2, or 3) to your students so they can find which game card they need to use. Students can grab a game card and complete a game of BINGO during station or center time.