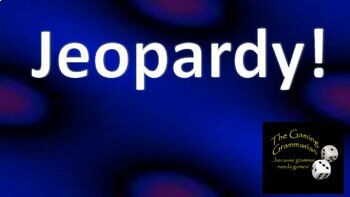 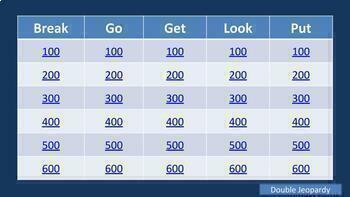 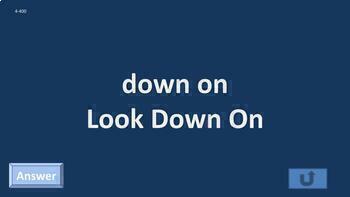 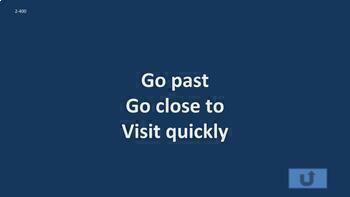 The Gaming Grammarian
673 Followers
Made for Google Drive™
This resource can be used by students on Google Drive or Google Classroom. To access this resource, you’ll need to allow TPT to add it to your Google Drive. See our FAQ and Privacy Policy for more information.

Phrasal verbs can be very difficult for ESL students (ELLs). The way adding a particle can change the meaning of a verb makes phrasal verbs especially difficult. Then phrasal verbs also have multiple meanings as well!

Each slide is labeled with the column number and point value so if you, like me, forget how many points a question is worth, the value is in the upper left hand corner.

To use, place the slide deck in present mode (push "Present" at the top right of the screen). Further directions for where to click are given on slide one of the file.

Alternative: (Get full details on how this works in my blog post Jeopardy in Slides.) There is no way in Google Slides to make activated (or clicked) links change color. This makes it difficult to keep track of which point values have been chosen. I have discovered a workaround for this. I now use the Google Chrome extension Fullscreen Interactive Google Slides and a pile of covers (provided in the gray area near the game board). Rather than placing the slide deck in present mode, I now activate the extension to hide the slide sorter. Then, after a student/team has chosen a point value, we've clicked the link (you now have to click twice--once on the number and once on the link that pops up), and returned to the game board, I drag and drop a cover over that point value. It's not a perfect system, but it does make playing the game much easier.

If you prefer a PowerPoint file, one is available as Phrasal Verb Jeopardy.