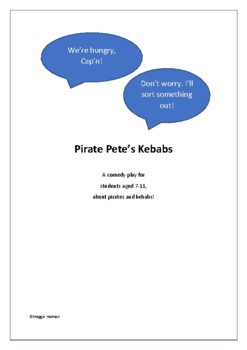 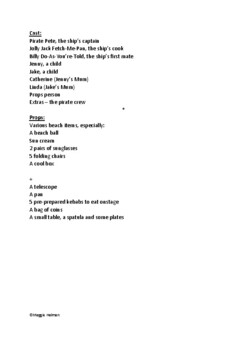 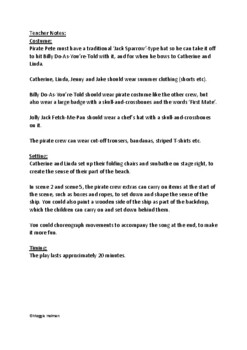 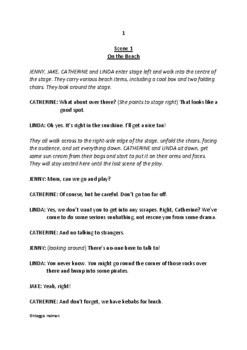 Pirate Pete’s cook, Jolly Jack Fetch-Me-Pan, has to find something to feed the hungry crew. Pete and the cook take the first mate, Billy Do-As-You’re-Told, to search for food on the mainland. Little does Pete know, he will have to face a difficult childhood food memory when the pirates bump into Jenny and Jake, two children who offer to share their lunchtime kebabs, but all comes well in the end and the hungry crew are satisfied.

The play has a cast of 8 characters:

Other students can be used as extras for the ship’s crew.

The play ends with a song about Pirate Pete, using the melody ‘What Shall We Do With the Drunken Sailor’, which is a well-known rousing tune and easy to use with children.

The script can work well as an end-of-year play, an assembly play, as part of a drama lesson or at a drama club. As well as developing collaborative drama skills, the theme of the story is ideal for use as a resource in projects about food and/or pirates. The performance time of the play is approximately 20 minutes.

I had a lot of fun writing this script. I hope you enjoy trying it out with your students!