Place Value Centers | Tens and Ones 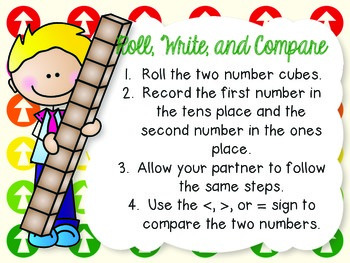 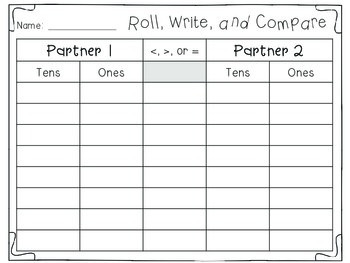 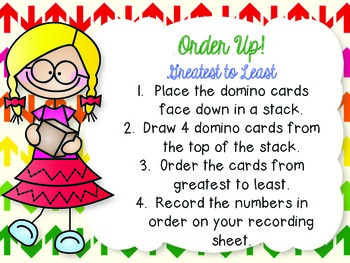 Looking for some fun, worthwhile centers for your students to practice place value? These centers are great for practicing and mastering tens and ones place value concepts.

-Roll, Write, and Compare: use the included number cubes to build two-digit numbers and then compare the number with a partner's.

-Order Up!-use domino cards (included) to order up to four 2-digit numbers from least to greatest. Record the numbers on the included recording sheet.

-Order Up!-use domino cards (included) to order up to four 2-digit numbers from greatest to least. Record the numbers on the included recording sheet.

-Base Ten Bingo-play Bingo as a whole group or small group with place value clues. Four Bingo boards are included along with clue cards.

-Secret Number-game cards include clues for secret numbers. Students must use the clues to determine the correct numbers for recording form.

-Match It Up!-Match up numbers using digits, expanded form, and base ten blocks. Record matches on a recording form.

Thank you for taking the time to check out my store! Please download the preview to learn more about the centers!

Check out my other place value centers with hundreds!!!