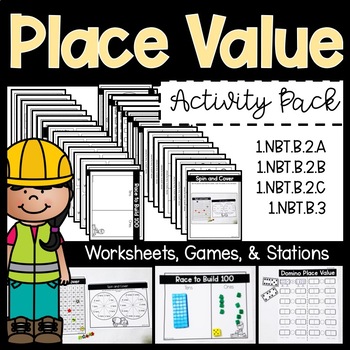 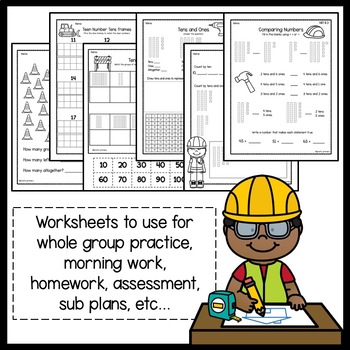 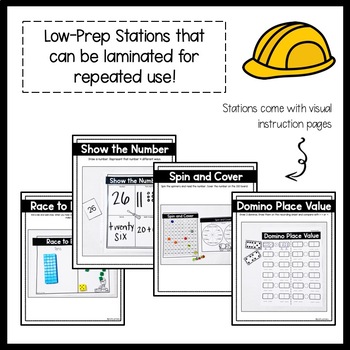 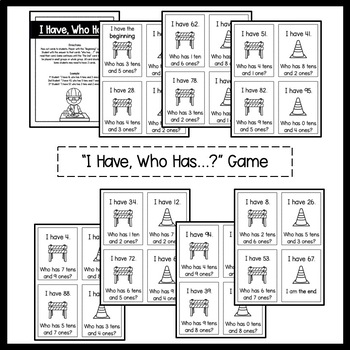 Looking for a LOW PREP resource to supplement your 1.NBT.B lessons? This is the pack for you! Math Games, Math Centers, and Worksheets included!

This pack covers the following standards:

CCSS.MATH.CONTENT.1.NBT.B.2
Understand that the two digits of a two-digit number represent amounts of tens and ones. Understand the following as special cases:

CCSS.MATH.CONTENT.1.NBT.B.3
Compare two two-digit numbers based on meanings of the tens and ones digits, recording the results of comparisons with the symbols >, =, and <.

Use place value understanding and properties of operations to a

-(6) 1.NBT.A.1 standard-based worksheets that place value and comparing numbers with < > and =

-Visual Directions for each station

-Play "I Have, Who Has?" as a whole group, and then let students play in small groups throughout the year.

-Use the 4 Stations as partner games for extended whole group practice. Use them in stations with the visual instructions. Give them to a volunteer to work with students in groups.

-Laminate the station materials and worksheets for repeated use.


Huge thank you to Whimsy Clips and APL!