Place Value - Which One Does Not Belong Critical Thinking Task Cards 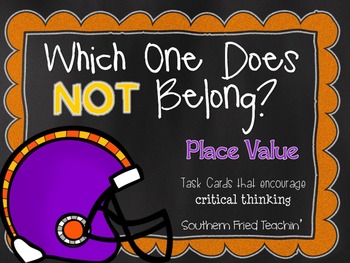 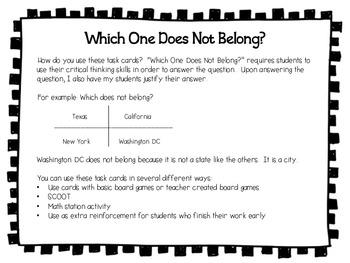 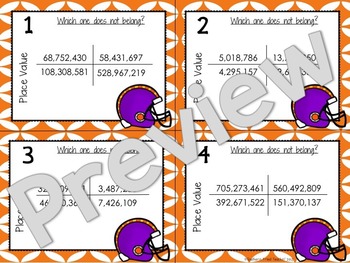 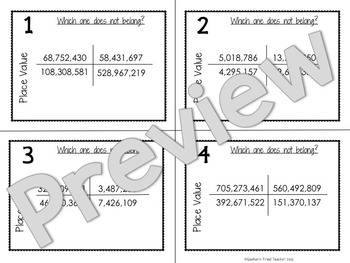 Which one does not belong? Task Cards with critical thinking - place value

Do you remember the Sesame Street song, "Which one of these is not like the others?" These task cards ask the same question...which one does not belong?

You can use these task cards in SCOOT, math stations, or with game boards like these game boards.

I sometimes put a card under the document camera and let them answer the question on their white boards. They absolutely love it and beg me not to stop!