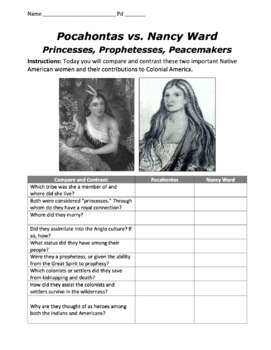 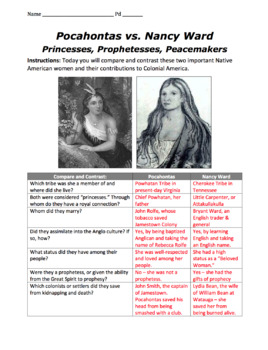 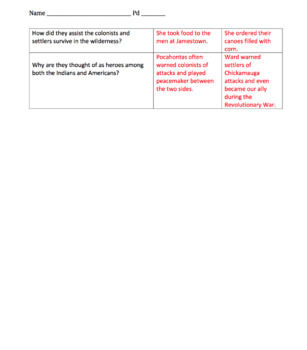 This is a great activity in which students will compare the well-known Pocahontas to the lesser-known Nanyehi (Nancy Ward), the "Tennessee Pocahontas." Students will learn how similar the Powhatan princess is to the Beloved Woman of the Cherokee. Both assimilated to Anglo culture, both saved colonist lives, and both helped feed the settlers. Students will enjoy getting to known Nancy Ward and getting to know Pocahontas better.