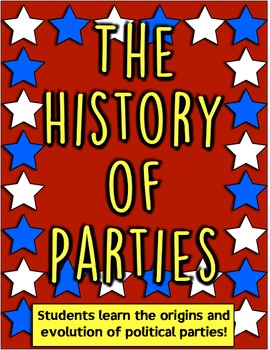 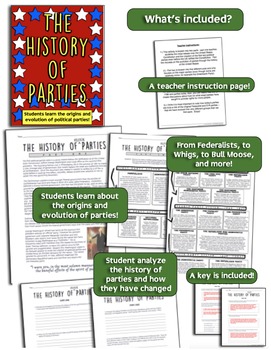 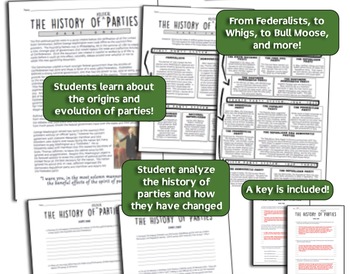 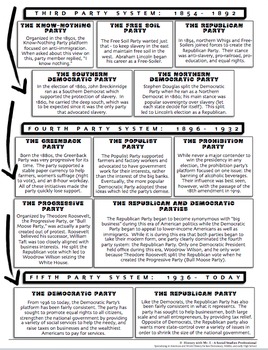 This election resource is included in the engaging and hands-on 7-lesson Election Bundle, located here:

In this highly-engaging and election-focused resource, students learn the origins, history, and evolution of political parties in the United States.

Students are engaged with this two-part resource. Part one focuses on the origins of the first debate between political groups (Federalists and Anti-Federalists) and the fight over the United Stats Constitution. Part two focuses on the history of political parties through five different political eras. Students are introduced to all of the major political parties and their views including the Federalists, Democratic-Republicans, Whigs, Jacksonian Democrats, National Republicans, Northern and Southern Democrats, Free Soil, Republicans, the Know Nothing Party, the Greenback, Progressive (Bull Moose, Populist, and Prohibition parties!

A two-party student worksheet is included to guide students through origins and evolution of political parties!

A key is included!

Check out my other engaging products on the election system below:

Is it a Primary or a Caucus? Students learn difference between primary & caucus!

How to Win an Election: Students Understand Election Trends and Swing States!

Elections, the Media, & Memorabilia: How Does Media Win Votes in an Election?
Total Pages
8 pages
Answer Key
Included
Teaching Duration
2 days
Report this Resource to TpT
Reported resources will be reviewed by our team. Report this resource to let us know if this resource violates TpT’s content guidelines.