Political Parties Simulator / "Are You a Federalist or a Democratic-Republican?" 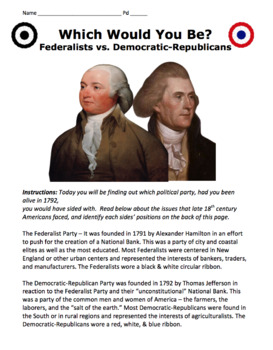 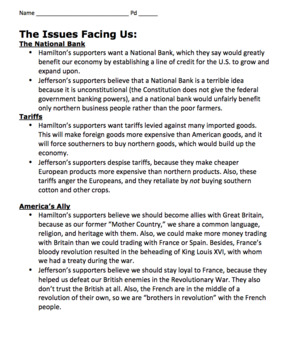 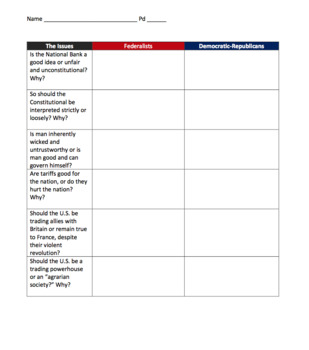 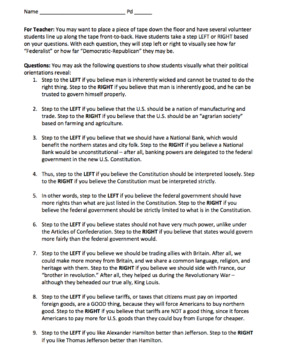 Students will LOVE getting out of their seats to simulate where they fall on the late-18th century political spectrum. I've included instructions for teachers to moderate this simulation as well as essential readings of the characteristics and issues of the Federalist Party and Democratic-Republican Party. Students will read and fill out a graphic organizer on each party and the issues. At the end, students will pick whichever party they like best to identify with, be it Hamilton's Federalists or Jefferson's Democratic-Republicans.