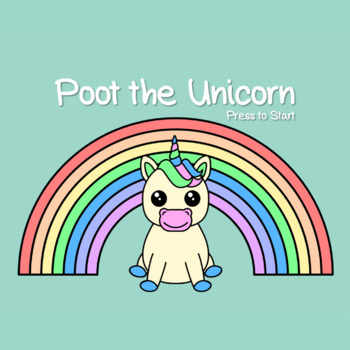 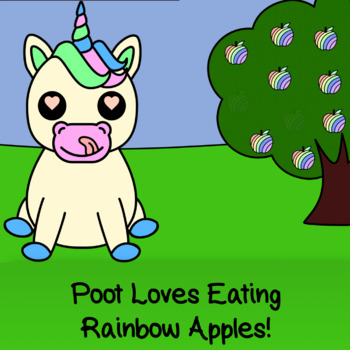 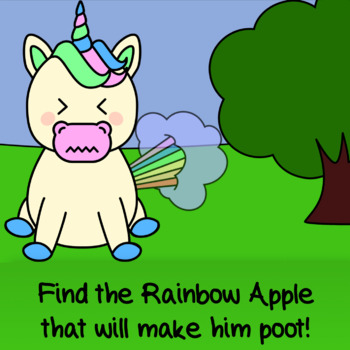 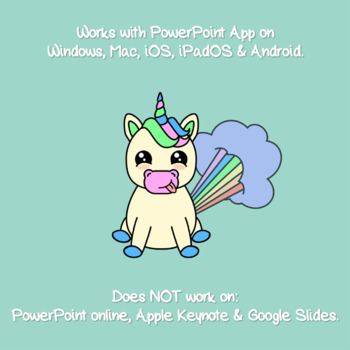 Poot the Unicorn is a fun PowerPoint resource that could be used in your sessions, just like you use pop up pirate and other similar games.

The Children will find it hilarious since the target is to make the Unicorn Poot.

To play, take turns in feeding the Unicorn one of the Rainbow Apples.

Pick a Rainbow Apple from the tree, then tap on it once it’s in front of the Unicorn.

The player whose Rainbow Apple makes the Unicorn poot a Rainbow, is the winner!

Of course, the Rainbow Apple that will make the Unicorn poot will be different each time as it will be randomly picked without you needing to do anything.