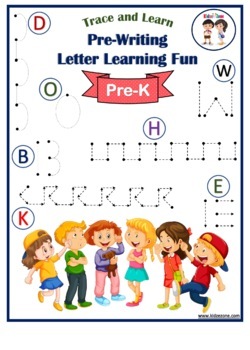 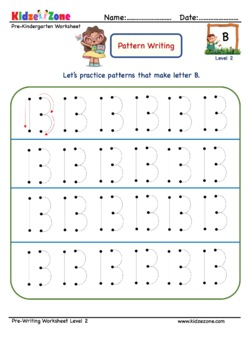 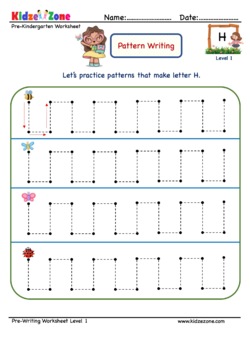 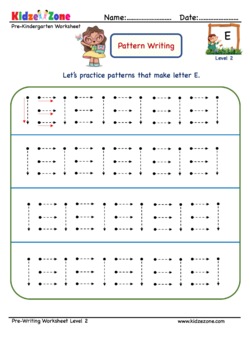 Learning to write plays an important role in making the learning process easy for kids. It doesn’t happen overnight, and it doesn’t start with just learning to start with the ABC’s. Before kids can form letters, they need to practice pre-writing skills using writing tools and making basic writing strokes. These pre-writing printables are specially designed to give kids a practice of basic patterns. These patterns and strokes help to learn the formation of individual letters in an easy and fun way. These worksheets include common strokes that are found in individual letters, and can be used in many different ways! There are two levels of mastering the strokes of a letter. Each worksheet shows the direction in which the strokes should be followed to make the formation of the individual letter more clear.

Level 1: The child learns the basic pattern involved in learning to write a letter.

Level 2: The child learns the next pattern that almost gives an idea of the formation of the letter.

Level 3: The child traces the letter learned with the correct strokes and hand movement.

This worksheet bundle allows children to practice all the strokes needed for letters A-Z by making learning fun.

Log in
to see state-specific standards (only available in the US).
CCSSRF.K.1
Demonstrate understanding of the organization and basic features of print.
CCSSRF.K.1a
Follow words from left to right, top to bottom, and page by page.
CCSSRF.K.1b
Recognize that spoken words are represented in written language by specific sequences of letters.
CCSSRF.K.1c
Understand that words are separated by spaces in print.
CCSSRF.K.1d
Recognize and name all upper- and lowercase letters of the alphabet.